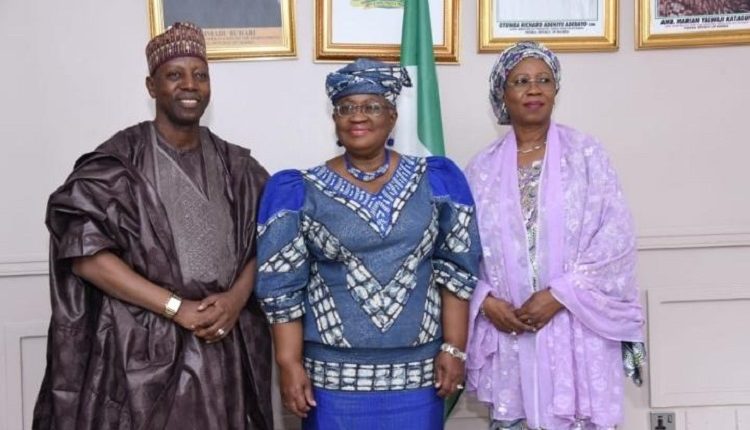 The Director General, World Trade Organisation, (WTO), Ngozi Okonjo-Iweala has said that the Agreement on Fisheries Subsidies, is a historic achievement for its membership being the first Sustainable Development Goal (SDG) target.

The Director General WTO said this while addressing a news conference during her working visit to the Nigeria’s Federal Ministry of Industry, Trade and Investment in Abuja, Nigeria’s Capital.

She, stated that the agreement will put a stop to harmful fisheries subsidies, which are key factor in the widespread depletion of the world’s fish stocks; adding that Nigeria must be one of the first countries to adopt the Agreement as two-third of members have to deposit their “instruments of acceptance” for it to be operational.

Okonjo-Iweala also highlighted some deals that were abandoned for years but finally brokered during the MC12.

The Nigerian Minister of State, Industry Trade and Investment, Mariam Katagum said President, Muhammadu Buhari has already directed for the process of preparing a council note for the Federal Executive Council to do the needful to consolidate the landmark achievement of the Geneva Conference.

The Agreement on Fisheries Subsidies, adopted at the MC12 marks a major milestone as enshrined Under Article 5, which states that “WTO members agree not to provide subsidies to fishing and fishing-related activities on the high seas that are outside the competence of a regional fisheries management organization”.