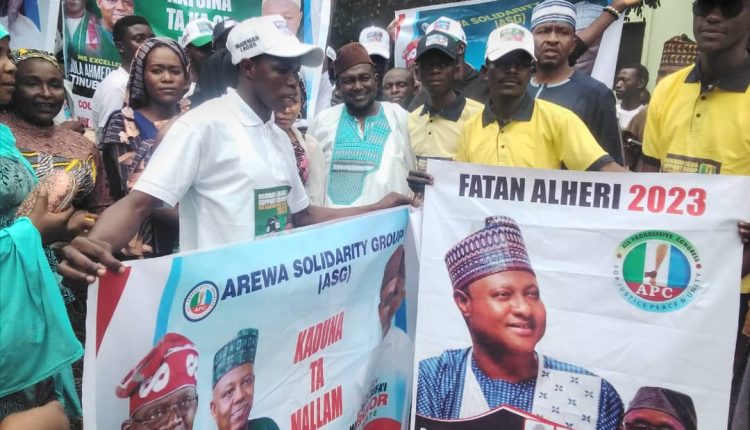 Ahead of the 2023 general election, a northern group under the aegis of Arewa solidarity group, has organised a special prayer session for both the presidential flag bearer of the All Progressives Congress (APC), Bola Tinubu and Kaduna state gubernatorial candidate, Senator Uba Sani.

The group also prayed for the nation to overcome the security challenges that has bedeviled the country.

The National Coordinator of the group, Abdullahi Muhammed Jika, explained that the essence of the special prayer was for security, peace and stability of the country.

“As patriotic citizens, it has become important to organise a special prayer for the economic and political stability of the country, especially now that the nation is moving towards the electioneering period.

“This is the period that the country needs more prayers than before, and all hands must be on deck to ensure that we have successful elections come 2023.”

Jika said, “the group organised the prayers to seek spiritual intervention for Tinubu and Uba Sani’s ambition in the next poll.

“We also included other governors like AbdulRahman AbdulRazaq of Kwara, Bello Masari of Katsina and Bello Matawalle of Zamfara states respectively.”

The Coordinator further enjoined politicians to observe the rules of the game and to ensure that their campaigns are issue based in the interest of the nation and her citizenry.

He described the duo of Tinubu and Uba Sani as trusted and tested leaders who have touched lives and redefined leadership in and out of political positions.

According to Jika, governors of Kwara, Zamfara and Katsina states have also in the last few years of their administration proven to be good and trusted leaders.

He therefore called on Nigerians to be wise in their political decisions and not to return back to the era of PDP.