The Nigeria Association of Women Journalists, NAWOJ has charged members to be credible, accountable and fair when reporting election issues in Nigeria.

The NAWOJ President, Mrs Ladi Bala gave the charge during a 2-day skill enhancing and mentoring session for female journalists in Abuja, the nation’s capital. 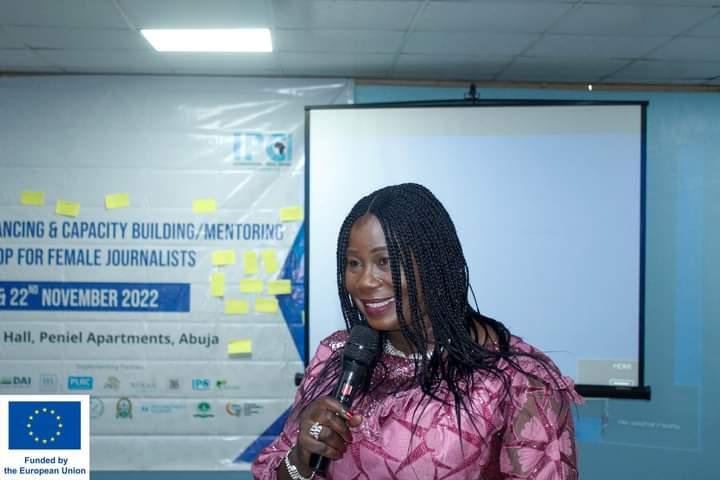 She explained that the training was being held as part of the activities under Component 4 (Support to media) of the European Union Support to Democratic Governance in Nigeria (EUSDGN II) project in collaboration with NAWOJ and the International Press Centre, IPC, which aims at building a strong democratic culture and institutions that enhances the conduct of a free, fair, credible and acceptable election in the country.

Bala further urged women journalists to be in the vanguard of promoting women’s issues, gender inclusivity and discouraging gender marginalization in the electoral process and after the elections.

“This training is aimed at exposing participants to effective tools for countering fake news, disinformation, and misinformation.

“From the foregoing challenges, providing accurate and verifiable information to help promote a sane society is a task that must be upheld by journalists in the country.

“In light of this, the need to scrutinize and fact-check information has become highly imperative.“