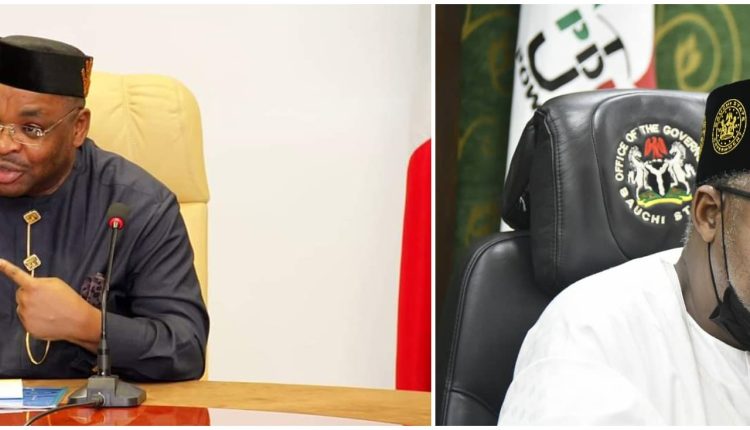 A Presidential aspirant of the People’s Democratic Party, PDP, and the Governor of Bauchi State, Mr Bala Mohammed, says if he becomes president, his manifesto will be to have a knowledge-driven administration to do away with any exclusion, division and sectionalism.

The governor made the statement in Abuja when he met with former Ministers. He also added that the nation would not borrow recklessly under his watch.

“We have done it in the FCT, and I’m doing it in Bauchi.

“Leveraging on small resources and doing much, having a correct procurement process and managing scarcity was sagacity.

“The audacity of knowledge of using the best, not looking at China as if it is a freefall for resources. The resources are here in Nigeria, where my vision or our vision can do it.

Our solid minerals have not been exploited; even the oil resources that we depend on are being plundered. Everybody knows that, and we have to find a solution,” said the governor.

He added, “we have destroyed ourselves by creating perceptions outside we the elites, causing ourselves many injuries.

“We will do justice and equity by opening up and becoming accessible.

“We will access our resources very well. We have to deepen monitoring and evaluation to know what is happening everywhere in the MDAs.

“We will not just sit in the Oval Office and be wearing beautiful shoes and good caps, we will have to come out and supervise.”

Governor Emmanuel stated this when he met with the PDP caucus of the National Assembly on his presidential ambition.

He said that tackling Nigeria’s problems did not require rocket science but the right leader adopting the right policies and decisions.

“I think we have reached that point where we need to stand up and say it is enough. So we don’t wake up one day, and our money has to turn into paper.

“We have a country where we are still paying for subsidies at 10 million litres every day even when there is fuel scarcity.

“So tell me the facilities that we have in Nigeria to deliver 110 million litres of petrol only excluding diesel, kerosene LPFO, Jet A1, name all,” he stressed.

“Where are the facilities? Where are the logistics for 110 millilitres every day? Even when there is scarcity. Even simple economists will tell you that’s why it is not practicable,” he said.

Governor Emmanuel said that Nigeria had no reason to go through the challenges it was currently going through with exemplary leadership.

The governor said that the country’s situation had reached a level where the younger generation who had the required capacity and integrity should step in to rescue the country.

“So, I say no, let me also prove that this thing is not rocket science.

You cannot buy one aircraft with your allocation. Your allocation barely meets salaries, but I needed to tell Nigerians that you can create money that allows airlines to run around efficiently,” remarked Governor Emmanuel.