Favourites Brazil cruised into the quarter-finals of the 2022 FIFA World Cup after beating South Korea 4-1 in their last 16 encounter, at Stadium 974 in the city of Doha, Qatar.

The South Americans started striker Richarlison in attack, with Vinicius Jr. and Raphinha supporting on the wings. Brazil were also boosted by the return of Neymar in midfield. For the Asians, it was a front-two of captain Son Heung-min and Cho Gue-sung as they looked to cause an upset against the favourites.

Early in the match, Brazil opened the scoring when Vinicius Jr. calmly placed the ball through a few South Korean defenders, beating goalkeeper Kim Seung Gyu. Neymar then announced his return to the side, scoring a penalty which moved him one goal behind Pele’s international record (13) for Brazil.

In the 29th minute, Brazil striker Richarlison scored his third goal of the tournament after a brilliant piece of play.

He joggled the ball a few times with his head, beat his marker and made a run into the box, before placing a pass from Thiago Silva past goalkeeper Seung Gyu and into the net to make the scores 3-0.

Brazil were running riot and weren’t finished with the scoring in the first half.

After a swift counter attack from Brazil, Vinicius Jr. found space on the left wing and crossed an inch-perfect pass to midfielder Lucas Paqueta, who used the perfect technique to guide the ball into the net beyond the reach of goalkeeper Seung Gyu.

Brazil had done the job in the first half, going into the break 4-0 up against South Korea.

In the second half, South Korea did not let the scoreline deflate them as they managed to pull a goal back through a wonder strike by Seung-Ho Paik from outside the box.

However, it was only a consolation as Brazil claimed a 4-1 victory against South Korea. At the end of the match, Brazil paid tribute to football legend Pele, who was hospitalised last week to re-evaluate his treatment as he battles colon cancer. 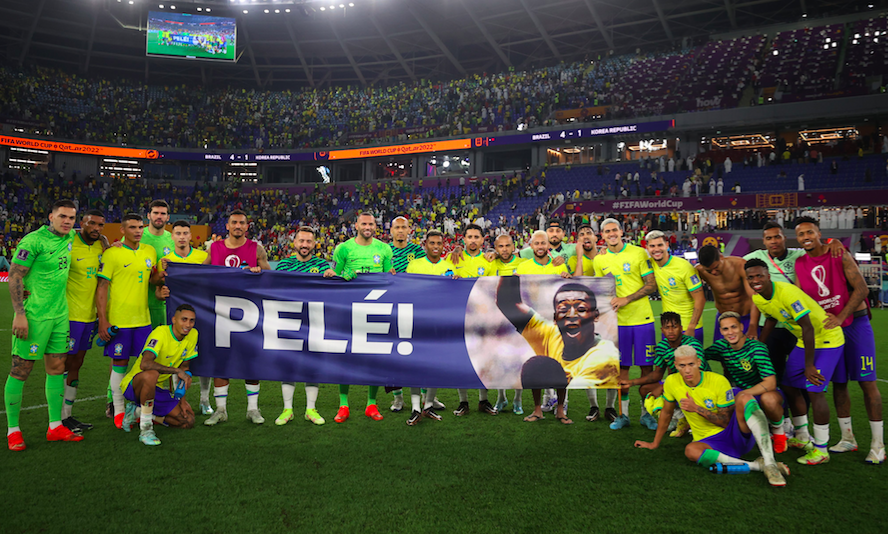 Brazil set up a clash against 2018 finalists Croatia in the quarter-finals of the FIFA World Cup.

The match promises to deliver another mouth-watering contest as two giants battle for the biggest trophy in football at Qatar.