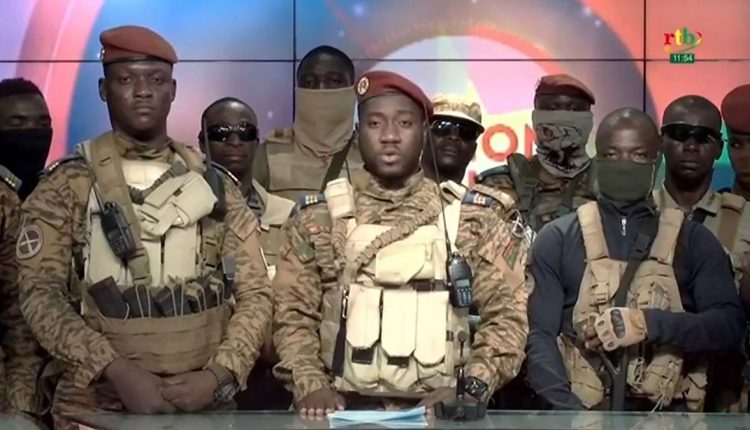 The military captain who claims to have taken power from Burkina Faso’s interim president Paul-Henri Sandaogo Damiba held a parade in the capital Ouagadougou on Sunday.

But in a TV message after attacks on the French embassy, supporters of Captain Ibrahim Traore urged people to stop acts of “violence and vandalism” against France.

The junior officers had earlier accused Damiba of having hidden at a military base of former colonial power France to plot a “counteroffensive,” charges that he and France denied.

In a television message, Captain Kiswendsida Farouk Azaria Sorgho, a member of the junta claiming to have taken power said: “We wish to inform the population that the situation is under control and that things are progressively returning to order”.

“So, we urge you to freely go about your business and to refrain from any acts of violence and vandalism that might mar the efforts made since the night of September 30, 2022, especially those that might be perpetrated against the French embassy or the French military base here in Kamboinsin.”

On Saturday Paul-Henri Sandaogo Damiba, said he had no plans to give up power and urged the officers to “come to their senses”

The coup has been widely condemned, a spokesman for UN Secretary General Antonio Guterres said he “strongly condemns any attempt to seize power by the force of arms and calls on all actors to refrain from violence and seek dialogue.

“Burkina Faso needs peace, stability and unity to fight terrorist groups and criminal networks operating in parts of the country,” the statement added.

The coup has also been condemned by the US, the African Union, European Union and the regional grouping ECOWAS.