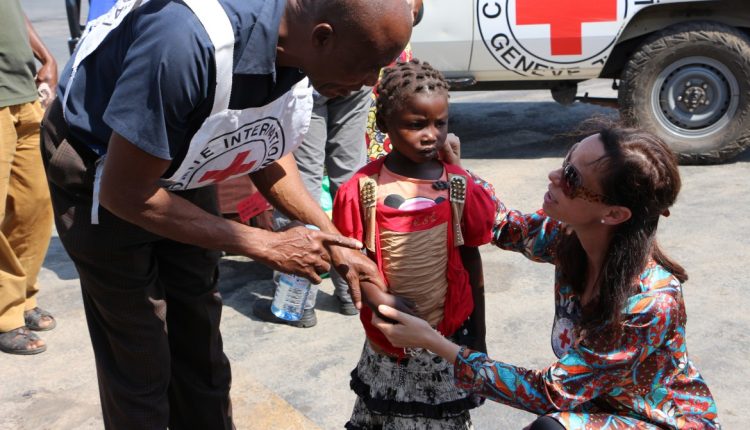 Clashes between M23 rebels and the DRC’s armed forces have led to massive displacement of the population in Rutshuru territory in the eastern province of North Kivu, many children have been separated from their parents.

She spends the night here with these four kids, when she fled, two of her children were separated from her.

She is also taking care of two children who have been separated from their families.

“Bullets were crackling, we fled, on the way two of my children got lost, I never saw them again and I don’t even know where they are. I lost Dorika and Enoch. When I remember my children, I have a feeling of palpitation and I pray that God will protect them where they are. I don’t know if they are still alive,” she said.

“My child had spent the night at the neighbours’ house when suddenly early in the morning at 3am, there was the crackling of bullets. We fled with those who were with me, and I haven’t heard from him since. All I ask is to see my child again.”said Justine Nzabahariye,” another displaced mother.

The International Committee for the Red Cross (ICRC) has confirmed that several children have been separated from their families.

Raphael Tenaud, head of the ICRC/Goma sub-delegation, talks about the alarming figures.

“More than 800 children are so far unaccompanied. They have lost track of their parents, of their families. These are children who have found themselves displaced with people they don’t know and who are now being traced back to their parents.”

According to UNICEF, since the end of March, more than 158,000 people, half of whom are children, have been displaced in the Rutshuru territories following the intensification of armed clashes.