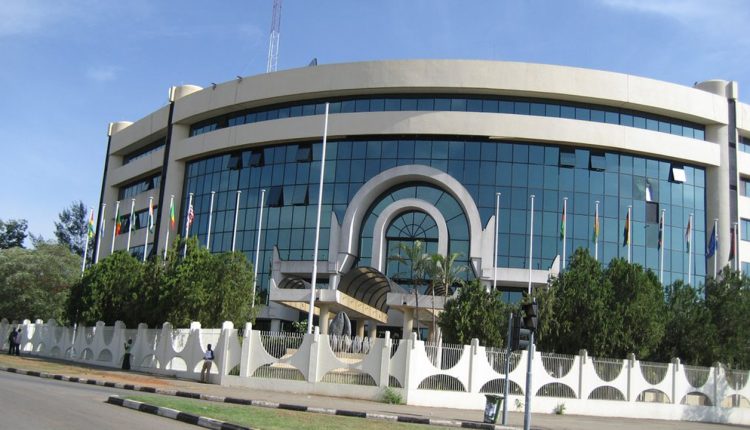 The Economic Community of West African States, ECOWAS, Parliament has commenced the second ordinary session of the fifth legislature in Abuja, Nigeria.

In his opening remarks, the Speaker of the Community Parliament, Dr Sidie Mohammed Tunis, expressed optimism that nothing will obstruct free, fair, transparent and democratic elections in the 2023 elections in Nigeria, Liberia and Sierra Leone.

He therefore pledged support of the parliament to work with the ECOWAS Commission, partners and stakeholders to in still trust and confidence in the electoral system of the affected countries.

The Speaker also said that as a demonstration of the Parliament’s commitment to ensuring peaceful elections, it conducted oversight missions to the National Centers for the Coordination of the Early Warning and Response Mechanism in the Early Warning Offices in Nigeria, Liberia, and Sierra Leone.

He stated that the engagements were very enlightening and fruitful, and the reports from those missions would be carefully considered later during the session.

Dr Tunis said, “As we prepare for elections in the Federal Republic of Nigeria, Republic of Sierra Leone, and the Republic of Liberia next year, the ECOWAS Parliament pledged its full support to work with the ECOWAS commission, partners and stakeholders to instill trust and confidence in the electoral systems.

“We express optimism that nothing will obstruct free, fair, transparent, and democratic elections in these member states.”

On issues confronting the region, Dr Tunis stated that as a region, the people of West Africa are confronted with unending chaos and crises, which are threatening the gains the region has made in the recent past.

“Permit me to state that as a region, we are confronted with unending chaos and crises, which are threatening the gains we have made in the recent past. Most prominent and most recent is the COVID-19 pandemic, with its impact on our economies. This has remained a cause for concern. The pandemic occasioned a slowdown in the pace of growth of our economies, many of which are still struggling to recover from the setbacks brought upon them.”

Furthermore, on the global front, we are confronted with the war between Russia and Ukraine, which has had far-reaching

consequences on the welfare of our people. We are fully aware of the economic consequences of this war, as well as the attempt by our various Governments to cushion the effects. The global economy is, arguably, facing one of the worst challenges in living memory. Our population has boundless potentials, our resource endowment is limitless, our opportunities are endless, yet our economies remain vulnerable and fragile. Consequently, we are presently experiencing hyperinflation, especially in relation to prices of commonly used necessities, like food, energy, and transportation. These have far-reaching implications on other goods and services.

All necessary measures are being put in place to ensure that the ongoing hardship is mitigated. Remember that this is one of the downsides of globalization, considering the interdependent world we are living in. I am, however, convinced that to deliver for our own people, we must engage deeply and work together towards a shared future for each of our countries and the ECOWAS region, as a whole.

We must collectively demonstrate the political will to tackle these challenges together, bearing in mind that the success of one state is bound up in others succeeding, as well”, Tunis said.

According to him, as the Parliament reviews the community budget, they should bear in mind that the region is also confronted with the realities of climate change and an increased impact of climate related shocks.

“These include, but not limited to calamities such as droughts, floods, and torrential rain, which are slowing down growth and increasing

poverty in many areas. The continued manifestation of desertification, land degradation and coastal erosion, are equally taking a heavy toll on our region. The recent unprecedented flooding in Nigeria, Chad, Sudan, and other countries that have claimed hundreds of lives and displaced a lot more others, are clear indications that the climate change battle is far from being won,” Tunis said.

The Second Ordinary Session of the Community Parliament will consider the Consolidated Community Budget for the year 2023, Reports from Joint, Standing and Ad-hoc, Reports from Fact Finding and Oversight Missions, Presentation of Country Reports; and Interactive sessions with partners.

“This session, otherwise known as the “Budget Session”, mandates the Parliament, in accordance with our Supplementary Act, to consider the Consolidated Community Budget.

Consequently, we have been tasked to ensure that the Budget is directed towards programs that address the needs, aspirations and interest of the people we represent. In discharging this all up important assignment, let us bear in mind the challenges we face from urgent and looming crises in our Community.

“We must summon the will, courage and commitment to act in ways that will impact positively on our region”, he said.

Also, the Chairman of the Nigerian National Assembly and President of Senate, Ahmad Lawan and President of Moroccan House of Councilors, Ennaam Mayara, who were invited to observe the proceedings.

President, ECOWAS Court of Justice, Justice Edwin Amoako Asante, President of the Pan African Parliament; Fortune Charumbari also attended the opening of the session which is expected to run from November 28th to December 18th, 2022.

NSF: About 14,000 Athletes To Compete For Medals