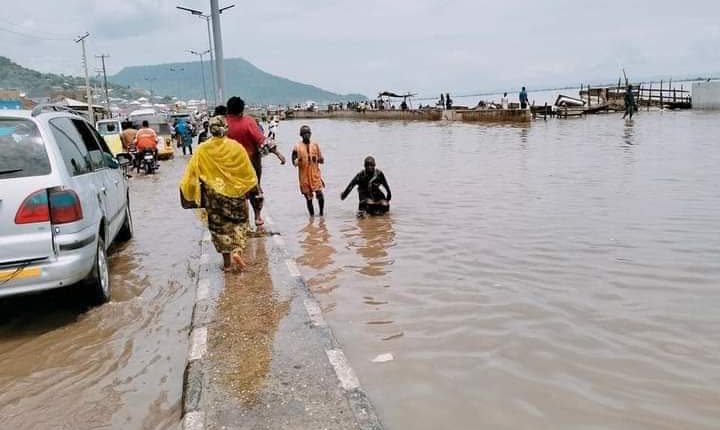 Flood sweeps many communities in Lokoja

Last updated Sep 28, 2022
0 703
Share
Many communities across Lokoja, the capital of Kogi state in North-Central Nigeria, have been hit by flood.
The flood, which has displaced residents in Adankolo, Ganaja and Natako areas, including other local government areas like Ibaji in the North-East region of the state, has continued to spread to other riverine communities.
Lokoja, an ancient city where the rivers Niger and Benue meet at a confluence, is surrounded by water and has many communities living around rivers.
Earlier, a warning was issued to communities across riverine areas to evacuate ahead of forecasts of major rivers bursting their banks. 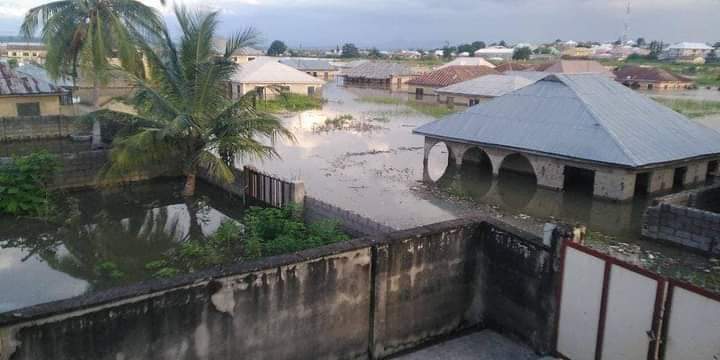 Major roads have been taken over by flood, while many commuters use Canoe as a means of transportation to move from one area to another in the affected communities.
The flood comes just as schools reopened for a new session on Monday, 26 September 2022.
FloodsKogi StateLokoja