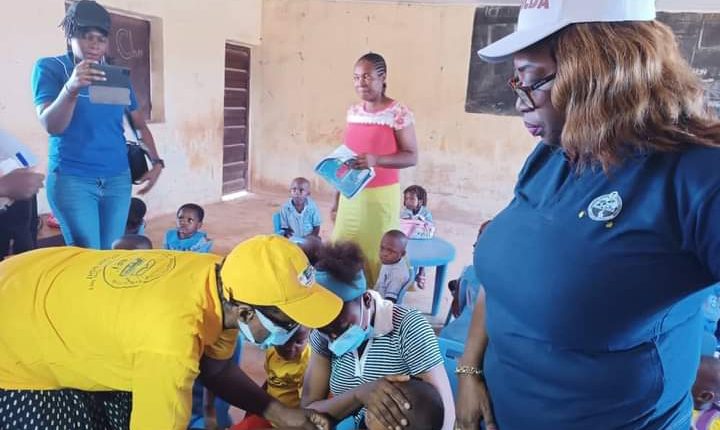 The Executive Secretary, Anambra State Primary Health Care Development Agency, Dr Chioma Ezenyimulu while monitoring the exercise in Aguleri and Umuoba-Anam, told journalists that the exercise is the second phase of the campaign which was staggered to reach the flood impacted local government areas. 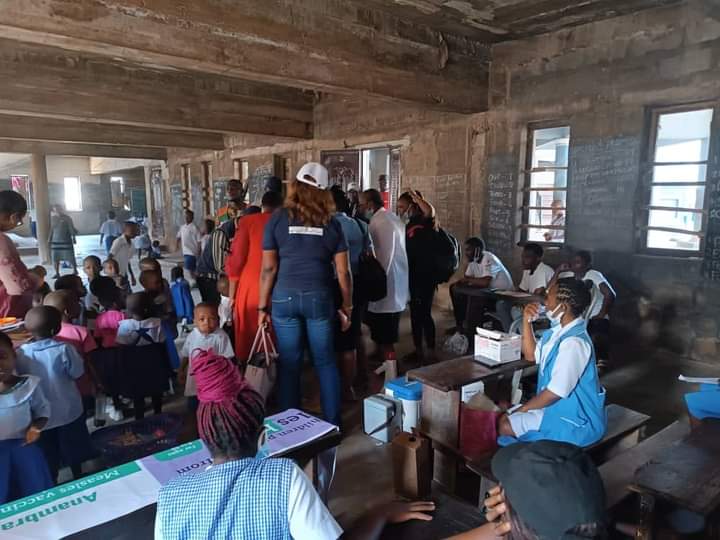 According to Dr Ezenyimulu, when she visited Eri Primary School, Aguleri and St Augustine Nursery and Primary School, Umuoba-Anam, Otuocha both in Anambra East Local Government Area where the measles vaccination was ongoing, stated that measles is an extremely contagious disease that has the potency to infect nine out of ten unvaccinated people who are exposed to the virus and has a high mortality rate among children who are less than five years.

She encouraged parents, care givers and guardians in the affected local government areas to present their children and wards for the exercise, saying the measles campaign will be administered to children between nine to fifty-nine months or five years while other routine immunizations such as BCG and yellow fever will be administered to children from zero to twenty-three months, COVID-19 Vaccinations for adults aged 18 and above, while other primary health care services including birth registration have been included during the exercise.

Speaking on behalf of the partnering agencies, the Communication for Development Consultant of United Nations International Children Emergency Fund UNICEF, Anambra State, Mr Kenneth Mac-fisi, commended the exercise so far and pledged the support of UNICEF and WHO for the state government to meet its target in the measles vaccination exercise.

The target of Anambra state government according to Governor Chukwuma Soludo is to hit 95% coverage in measles vaccination and to ensure that no Anambra citizen, especially children die from any preventable disease.