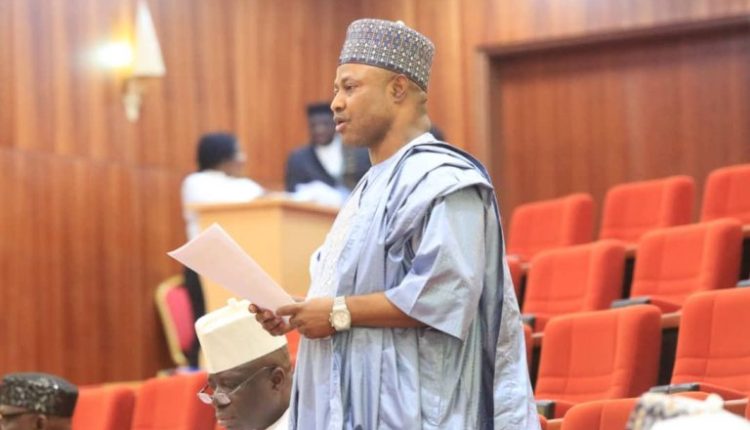 On Dec 4, 2022
0 295
Share
The All Progressives Congress (APC) gubernatorial candidate in Kaduna state, North-West Nigeria, Senator Uba Sani, has advocated the need to update the nation’s laws on firearms to meet recent realities in tackling insecurity.
He stated this during a media parley at the Secretariat of the Nigerian Union of Journalists (NUJ) in Kaduna.
Sani alluded that the present firearm laws are obsolete and have no provision to allow local vigilantes legitimately carry arms to assist the security forces fight terrorist elements at the grassroot.
“Nigeria as a country of over two hundred million people with over five hundred million illegal firearms in circulation in the Sahel deserves all the seriousness to confront insecurity.
“Room must be created at the communities level to equip local vigilantes who are capable of confronting these criminal terrorists causing havock in our society,” said Sani.
He, therefore, called for the creation of state police and the recruitment of two million additional policemen to take care of the shortfall in the security architecture.
This, he said, would match the firepower of insurgents and bandits in the country.
“Security issue is a national problem that should be approached from critical dimensions by reviewing the laws of the land that have been obsolete for over seventeen years.
“Governors by virtue of their position as chief security officers of their states should have control over security apparatus so they can take responsibility for failure or success of security arrangements in their respective areas of authority,” he stressed.
When answering questions about what his government would do for the people of the state, if elected, Senator Uba Sani said that he would make the educational system’s skills friendly so that graduates can be self-reliant in different vocations and trades .
He also mentioned allocating twenty-five per cent of the state’s annual expenditure to education with a goal to changing the trend of having a large number of out-of-school children, especially in the northern region. He promised to bring them back to the classroom.
“I will provide the enabling environment for local  farmers to thrive using modern mechanized farming method, which will upscale more bumper harvest for internal consumption and exportation.
“I will build from where the present government will stop, and will also give rural areas in the state all the attention they deserve to bring the needed developmental strides to meet up with the urban city,” Sani further said.
The gubernatorial hopeful stressed that he had the capacity to lead the state as was evident when he attracted over five billion Naira’ worth of projects to his constituency as a Senator.
firearmsKADUNA STATELawsReformSenator Uba Sani