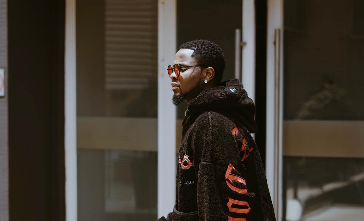 Singer, Oluwatobiloba Anidugbe, also known as Kizz Daniel, fulfilled his promise to perform for free for his fans in Tanzania on Friday, August 12, 2022, after he had earlier disappointed them.

The singer put up an impressive performance to the excitement as fans sang along to some of his hit songs including Buga, Oshe, Mama and Yeba. He then performed some of his other hit songs such as Woju, Laye and One Ticket.

One of the highlights of the show was when he brought out the flag of Tanzania on stage, and apologised for failing to perform last Sunday. Also, his outfit was in the colours of the country’s flag.

After he performed Buga, he said, “I think I have to come back because I owe you guys a proper show because this sound is not making me enjoy my performance tonight. I promise you guys that I will come back. I love you and I thank you and the promoters for coming out tonight.”