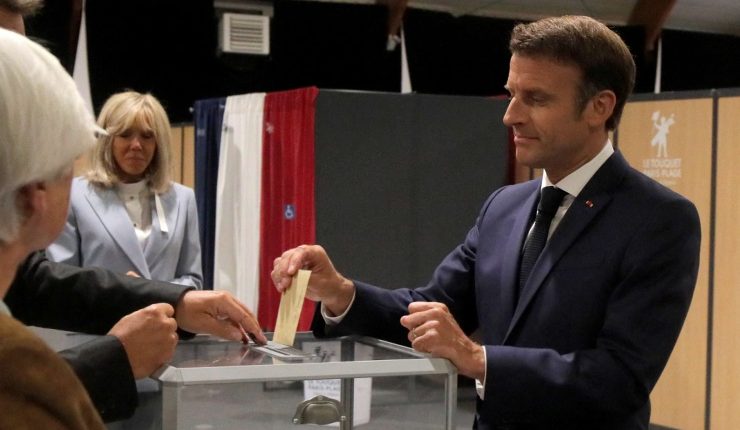 Emmanuel Macron has lost control of the French National Assembly following a strong performance by a left alliance and the far right, Less than two months after he was re-elected president.

He had called on voters to deliver a solid majority.

But his centrist coalition lost dozens of seats in an election that has left French politics fragmented.

The prime minister he had only recently appointed, Elisabeth Borne, said the situation was unprecedented.

A storm hit Paris as she returned to her Matignon residence from a long meeting at the presidential Élysée palace to say that modern France had never seen a National Assembly like this one.

“This situation represents a risk for our country, given the risks we’re facing nationally and internationally.

“We will work as of tomorrow to build a working majority.” She said.

That seems a stretch when the two other biggest groups in the Assembly are not remotely interested in collaboration.

Economy Minister Bruno Le Maire was adamant that France was not ungovernable, but said it was going to require a lot of imagination.

Far-left leader Jean-Luc Mélenchon was enjoying his success in bringing together mainstream parties from the left with Communists and Greens into an alliance called Nupes.

He told supporters that the presidential party had suffered a total rout and every possibility was now in their hands.

Meanwhile, Marine Le Pen and her far-right National Rally party were also in jubilant mood after turning eight seats into 89.

The people had spoken, she said: Emmanuel’s Macron’s adventure was over and he had been consigned to a minority government.