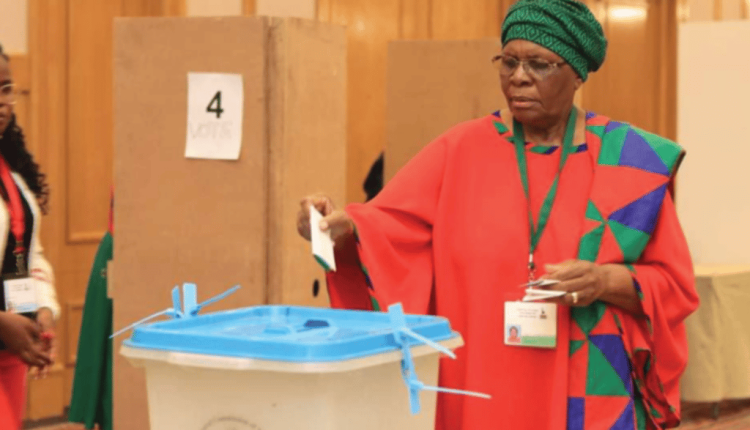 Namibia’s ruling party on Monday elected Nandi-Ndaitwah as its vice president, making her the frontrunner to lead the party into the country’s upcoming national elections in 2024.

The 70-year-old edged out Prime Minister Saara Kuugongelwa-Amadhila and Environment Minister Pohamba Shifeta in the race for the No. 2 position in the South West African People’s Organization.

President Hage Geingob, who is due to step down at the end of his current term, refused to endorse a successor as his predecessors had done.

“We have made history by electing the first female president come 2024,” Geingob said in a speech Monday in the capital, Windhoek. “I would like to tell her your task going ahead is heavy.”, report said.

Swapo has led Namibia since independence in 1990 and remains the country’s biggest political party, but its popularity has recently waned because of discontent over rampant unemployment and a graft scandal that led to the arrests of former cabinet ministers and businessmen linked to the party.

The party lost its two-thirds majority in the National Assembly in the last general election in 2019, and Geingob’s share of the vote fell to just over 50%, from 87% five years earlier.