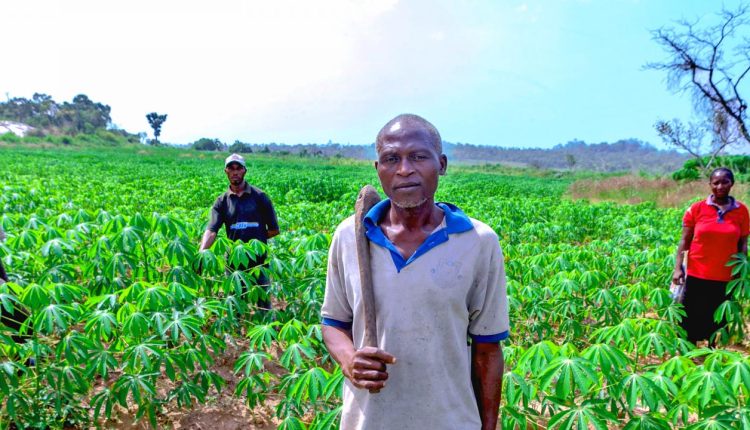 On Jun 24, 2022
0 349
Share
The Nasarawa State Government, North-Central Nigeria, in collaboration with the African Union Development Agency (AUDA-NEPAD), a South African-based Non-Governmental Organization, is to empower 18,000 smallholder farmers to cushion the effect of Covid-19 in the State.
Mrs. Munira Abdullahi, Special Adviser (SA) to Governor Abdullahi Sule on Non-Governmental Organizations (NGOs), and development partners made the disclosure at the commencement of a validation exercise for the beneficiaries in Doma Local Government Area (LGA).
According to Mrs Abdullahi, the validation exercise was aimed at implementating the AUDA/NEPAD programme to cushion the effect of the coronavirus pandemic on the smallholder farmers.
Munira said the initiative was also meant to strengthen the innovative capabilities of the farmers to enhance productivity.
She explained that in the long term, 18,000 smallholder farmers in the 13 LGAs of the State would benefit from the programme that would last for ten years.
The Special Adviser added that the programme would be in phases and the implementation would be in three LGAs of Lafia, Doma and Akwanga for the first phase.
“6,600 persons are captured for the first phase of the programme and today we have started their validation exercise.
“They would be trained eventually and empowered, but at this stage we are trying to validate to be sure they are real farmers.
“We have gotten their list from the social register, but we still have to check to be sure before we empower them,” she said.
Munira noted that the beneficiaries were mostly women, persons living with disabilities, youths and the aged.
The SA said the farmers would be grouped into clusters to enable them benefit from the inputs as well as facilities such as access road, boreholes, solar power, among others.
“The State government has already provided over 18 hectares of land in different locations to be used for the programme,” the SA added.
Responding on behalf of the farmers, the National President of Association of Small-Scale Agro Producers in Nigeria (ASSAPIN), Mr Joshua Jonathan, expressed gratitude to the State, federal government and AUDA/NEPAD for the initiative.
He expressed optimism that the intervention would help in the efforts to achieve food security and would also assist in poverty reduction.
The ASSAPIN President, however, advised his members against selling the inputs that were given to them to support them and cushion the hardship they are going through.
AFRICAN UNION DEVELOPMENT AGENCY (AUDA)Association of Small-Scale Agro Producers in Nigeria (ASSAPIN)AUDA-NEPADNasarawa State Governmentsmallholder farmers