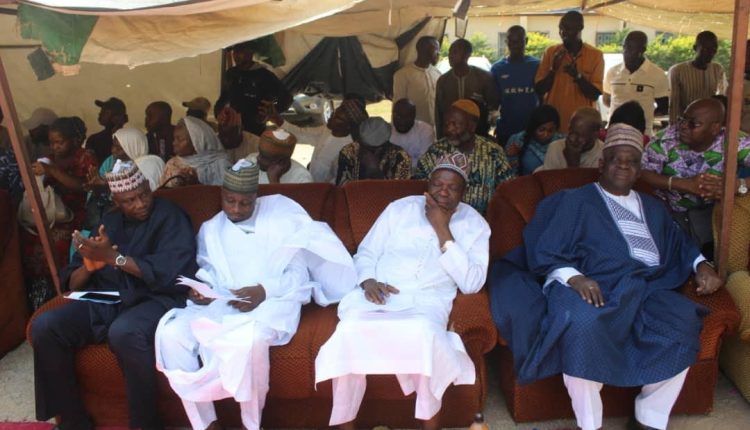 The National Boundary Commission and its Benin counterpart has carried out a joint sensitisation campaign to strengthen the historical bond that existed between both countries before the colonial period.

The Director-General  of the Commission, Adamu Adaji, at the campaign exercise that took place at Kosu Bosu in Baruten Local Government of the Kwara State sector of the Nigeria-Benin International Boundary, noted that the lack of a clear-cut demarcation of the boundary between Nigeria and the Republic of Benin has largely contributed to issues arising from the claims and counter-claims by border communities of both countries.

Adaji posited that the lack of demarcation of the international boundary between Nigeria and the Republic of Benin has led to the problem of insecurity along the border corridors as bad elements have capitalised on the non-clarity of the boundary to perpetuate criminal activities in the communities.

He said that the situation has significantly disrupted genuine economic activities amongst the border dwellers and called on both countries to work together towards addressing these challenges.

“It is therefore pertinent that both Nigeria and Benin Republic must join hands and rise up to the challenges posed by these criminal elements that threaten the economy, peace, security and stability of both countries”.

“Both countries must also swiftly address the issue of the recognized boundary that constitutes the administrative limits of the sister nations.”

The Director-General enjoined the communities to continue to play pivotal roles in ensuring the welfare and protection of the border communities stressing that “the responsibility of delivering peace and security in our borderlands is not only the responsibility of the Federal agencies but also the local authorities and traditional rulers as well as the youths, women and community leaders.”

Mr Adaji maintained that African countries must seek closer ties and cooperation in order to increase opportunities for trade and development as well as form alliances capable of mitigating the negative influence of globalisation.

Director-General of the Boundary Commission in Benin Republic, ABeGIEF, Marcel Baglo, urged the border communities to be involved in the process of security, stating that everyone should play a part in alerting the security officials when necessary.

Chairman of Baruten Local Government, Abdurasheed Lafia, applauded the interventions of the National Boundary Commission and urged them to not relent in its efforts until peace is fully restored in the communities.