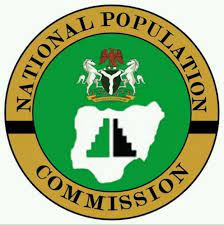 The planned programme is to create awareness about the first-of-its-kind Digital Census in Nigeria.

Build up of previous data

The State Governor, Ahmadu Fintiri said the new digital Census would be an improvement on previous ones, urging government Ministries, Agencies, and Departments to build on the data from previous population censuses in Nigeria.

Governor Fintiri said while private establishments use population data to great advantages, government offices ignore such data at the expense of strategic planning and development.

“It is sad to note that the data generated by the NPC, which are meant for effective development planning are not utilised by those that are supposed to use them, such data are effectively used by private sectors and the academia who can improve the quality of their planning,’’ He said.

The Governor urged the state government officials to change their attitude and use available demographic data to ensure realistic planning and development.

Governor Fintiri was speaking at a Stakeholders Summit in Adamawa, to discuss the 2023 Population and Housing Census.

The NPC Federal Commissioner for Adamawa State, Dr. Clifford Zira, said the summit marked a major milestone in the journey to the first-of-its-kind digital Census in Nigeria.

“It provides us with the unique opportunity to proactively engage the Nigerian people and get some positive feedback and invaluable support so that together we can ensure the successful conduct of a credible and acceptable census next year,” Zira added.