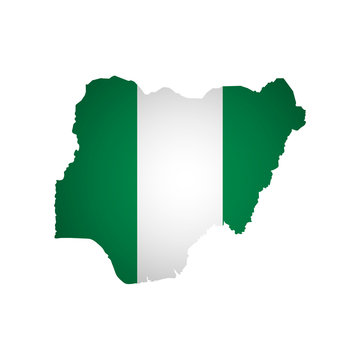 Since independence, developmental efforts and outcomes in Nigeria have varied from time to time, as have the paradigms and influences, nationally and externally.

In 1960 when Nigeria gained her independence from Great Britain, her major source of foreign exchange was agricultural products and oil.

Unlike in the 1970s, a major feature of Nigeria’s economy in the 1980s was its dependence on petroleum, which accounted for 87 percent of export receipts and 77 percent of Federal Government revenue in 1988. Falling oil output and prices contributed to another noteworthy aspect of the economy in the 1980s – the decline in per capita real Gross National Product (GNP), which persisted until oil prices began to rise in 1990.

Indeed, the yearly per capita GNP decreased by four point eight percent from 1980 to 1987. This led to Nigeria’s classification by the World Bank, in 1989, as a low-income country. The country was also declared poor enough to be eligible for concessional aid from an affiliate of the World Bank, the International Development Association.

Similarly, in a World Bank Report, the annual Gross Domestic Product (GDP) growth in Nigeria, averaged two point six-six percent from 2011to 2022.The GDP reached an all-time high of six point eight-eight percent in the first quarter of 2011and a record low of minus six point one-zero percent in the second quarter of 2020.

Different sectors like manufacturing, agriculture, and telecommunications amongst others, are expanding daily. Specifically, the telecommunication sector has witnessed a phenomenal growth since the year 2001, making it one of the highest employers of labour in the country.

A report by the National Bureau of Statistics in Nigeria shows that the country’s economy grew by three point six percent in 2021, from a one point eight percent contraction in 2020. Non-oil growth was driven by agriculture, 2 point 1 percent and services, 5 point 6 percent.

Even though Nigeria has made some progress in its socio-economic development in recent years, its human capital development is ranked 150 of 157 countries in the world, according to the World Bank’s 2020 Human Capital Index. This remains a major source of concern.

The Nigerian government has been strategic in surmounting the economic challenges facing the country though the country continued to face massive developmental challenges including the need to reduce the dependency on oil and diversify the economy, address insufficient infrastructure, build strong and effective institutions, as well as address governance issues and public financial management systems.

Deliberate efforts must be made by the government through its agencies taking visible steps to address critical economic issues. There must be increased transparency and predictability of exchange rate management policies to reduce distortions in allocations in the private and public sectors and ensure that agents can access foreign exchange in a timely and orderly manner, at an agreed rate.

Clearly defined monetary-policy priorities and objectives, with price stability as the primary goal, as well as the resumption of naira-denominated Open-Market Operations based on a transparent issuance schedule, will help grow the economy as quick as possible.

Other steps include re-opening of land borders for trade and strengthening regional cooperation to combat smuggling, as well as, facilitation of imports for staple foods and medicines by removing them from the list of foreign exchange restrictions and replacing import bans with tariffs that align with the Economic Community of West African States Common External Tariff. Also, establishing mechanisms to monitor and report the Federal Government’s stock of Central Bank overdrafts to control the growth of money supply will improve infrastructures and stabilize small businesses.