Rivers United restored a seven point lead at the top of the Nigeria Professional football League (NPFL) table after a 1-0 victory against Remo Stars in match day 29 at the Adokie Amiesimaka Stadium in Port Harcourt, Rivers State.

The Sky Blue Stars received exciting news before the clash that they were at liberty to use defence ace, Isah Ali after satisfactory clarification from the League Management Company (LMC), who had on Friday withdrawn the registration of the defender and striker Andy Okpe.

However, Rivers United scored through 14 minutes from full time when Kazie Enyinnaya was at the right place to deflect home the only goal of the game. The win restored Rivers United’s seven point advantage at the top with 61 points after Plateau United, the second placed team, were beaten 2-0 by Abia Warriors in Okigwe on Saturday.

Rivers Uited coach Stanley Eguma admitted that it was a difficult game and his side had to dig deep into their reserve armoury to open up the game in the second half.

“After the first half, we realized that we needed players like (Bernard) Ovoke and Esor (Nelson Okwa) to open up their defence which yielded result for us in the end. We showed character and we got the three points which is good for us.” 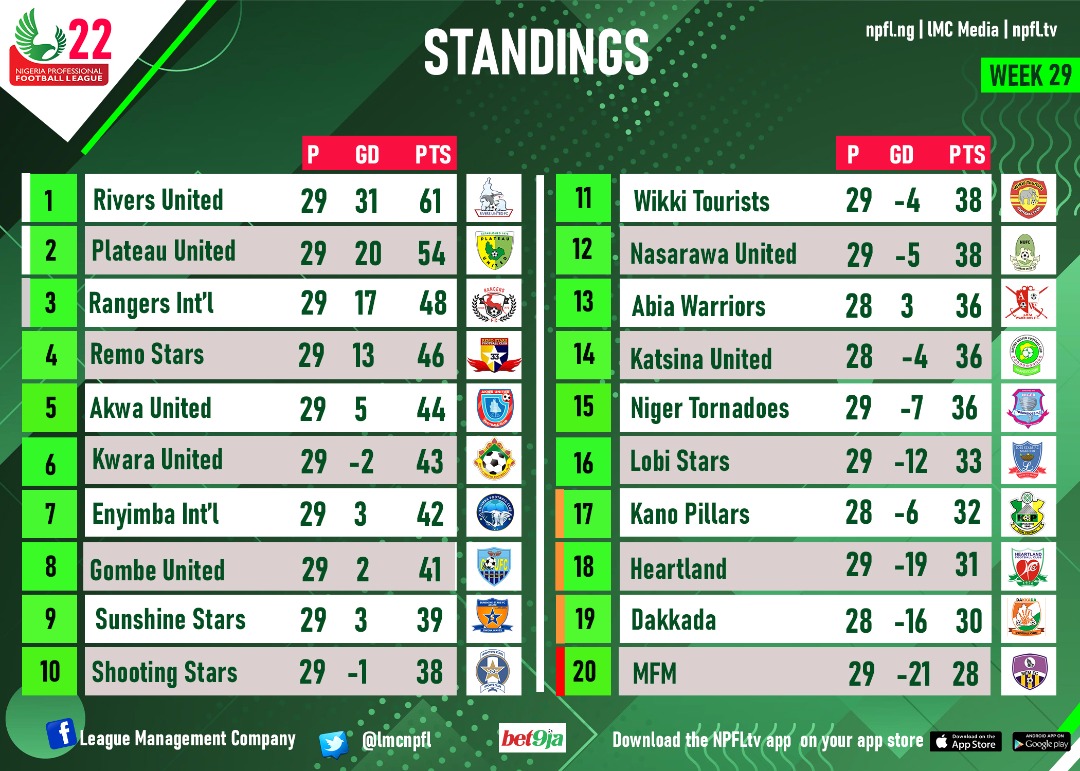