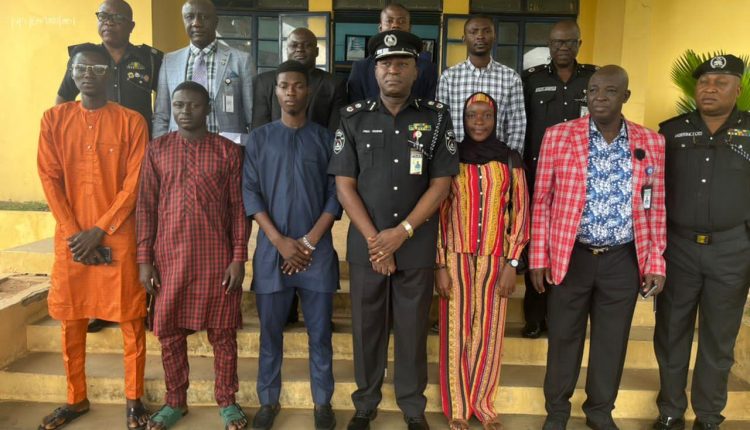 The Commissioner of Police, Kwara State Police Command, CP Paul Odama has held a consultative meeting with the State chapter of the National Association of Nigerian Students (NANS), on the need to stop the planned protest in solidarity with members of the Academic Staff Union of Universities (ASUU) who are on strike.

The police boss urged the student leaders to set aside the planned protest and allow the government and ASUU settle their differences amicably.

Cp Paul Odama made it clear to the students that he was ready at all times to cooperate with the students as well as expecting them to reciprocate, explaining to them the danger inherent in embarking on such economic damaging protest which could be hijacked by hoodlums, as it happened during the End Sars protest of 2020.

In his response, the president of the students union, Mr Suleiman Yusuf Issa, reiterated his unalloyed support and admiration for the Kwara State Police Command.

He told the CP of the collaboration between the association and the police in the state and promised not to do anything that could jeopardize the cordial relationship and the fragile peace existing in the state.

The student union leader explained that the directive to shut down the airports by (NANS) is only binding on the Zone D axis of the association which comprises of States in the South West of the country, while Kwara state is in Zone C comprising states in North central axis.

He thanked the Police commissioner for inviting him and members of his executive for the parley, promising to cooperate with the command in a bid to make the command succeed in her onerous task of providing safety and security for the people and residents of Kwara state.