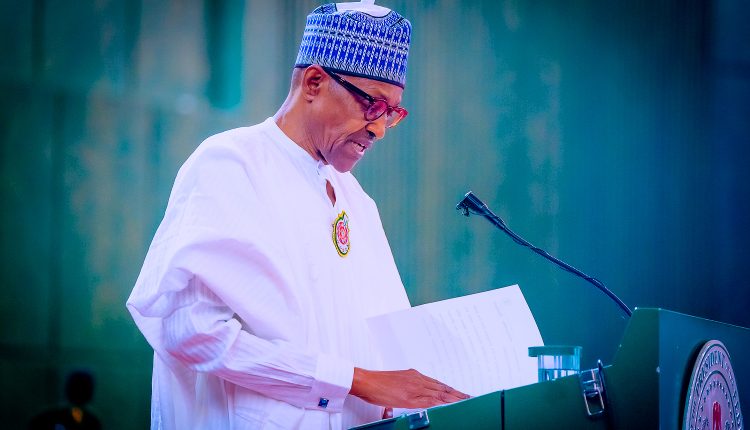 Nigeria’s President, Muhammadu Buhari, has reminded legislators of the ECOWAS parliament on the need to align their programmes to those of the founding fathers of the regional body.

The President, who stated this on Monday at the opening session of 2022 Second Ordinary Session of the ECOWAS Parliament, said “the vision of the founding fathers of ECOWAS was to have a West Africa that is integrated economically with harmonized policies, enjoying free movement of persons, goods and services, as well as seamless right to establishment.

‘‘We must continue to strive harder to attain those objectives. Let us take advantage of existing mechanisms and our enterprising population to turn our dreams into reality.

‘‘We have the capacity to do so. Let us collaborate more and remove our outdated physical and psychological boundaries and other colonially-inspired differences so our region can fully attain its full potential.’’ 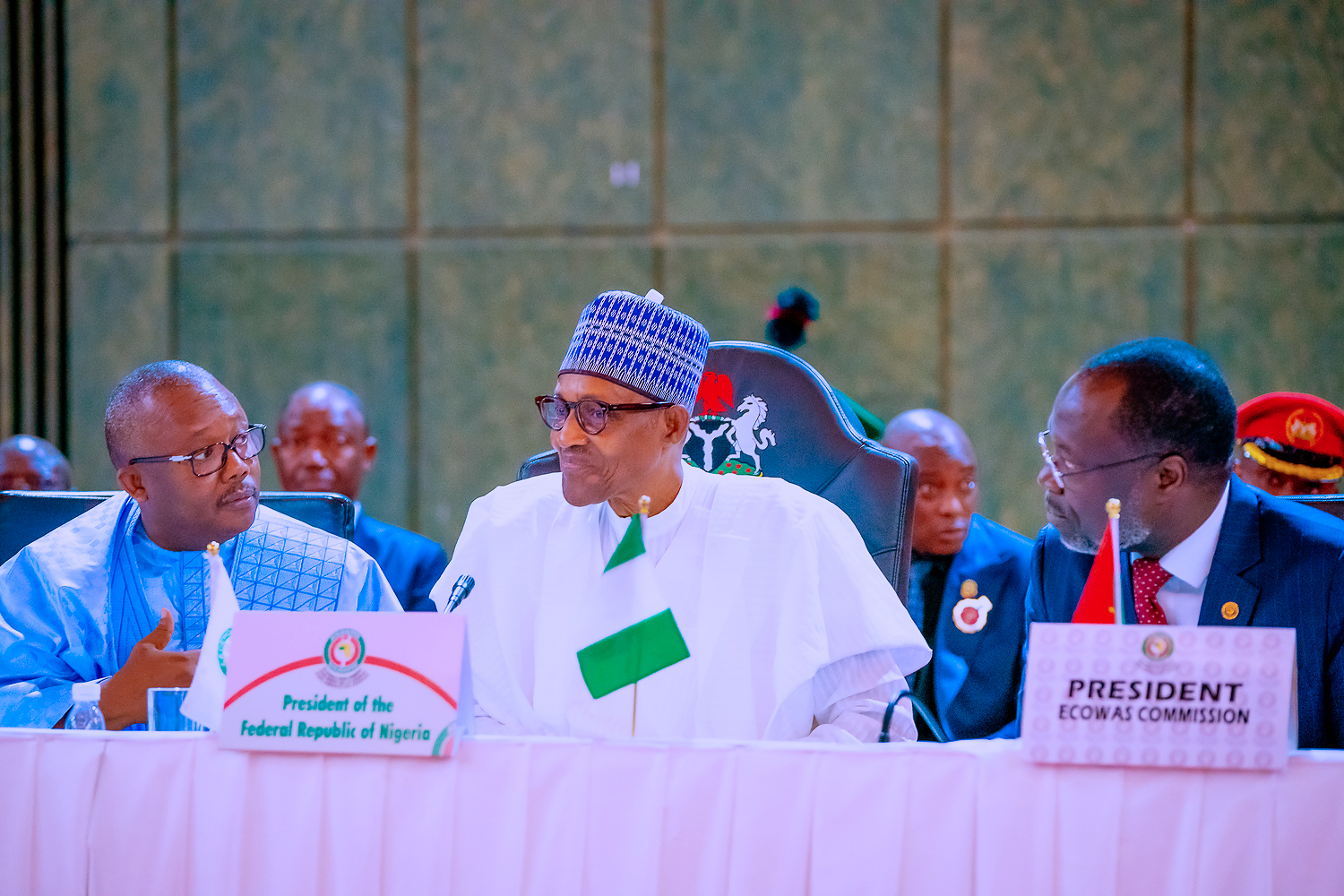 On the election of members of the ECOWAS Parliament by Direct Universal Suffrage, President Buhari strongly declared his support for the process, provided it is conducted with minimum or even at no cost at all, to the Community.

Explaining Nigeria’s support for the process, he noted that ECOWAS Parliament can only fulfill its true mandate when it has a set of directly elected and dedicated members.

‘‘I believe that a membership of the ECOWAS Parliament, not drawn from serving members of Parliaments of Member States, would be a good step towards injecting our regional integration with new energy and initiative,’’ he said.

The Nigerian leader reaffirmed Nigeria’s commitment to ECOWAS efforts, with the support of partners, to keep the region peaceful, secure and politically stable, pledging that the country would continue to support the restoration of democratic rule in Mali, Guinea and Burkina Faso. 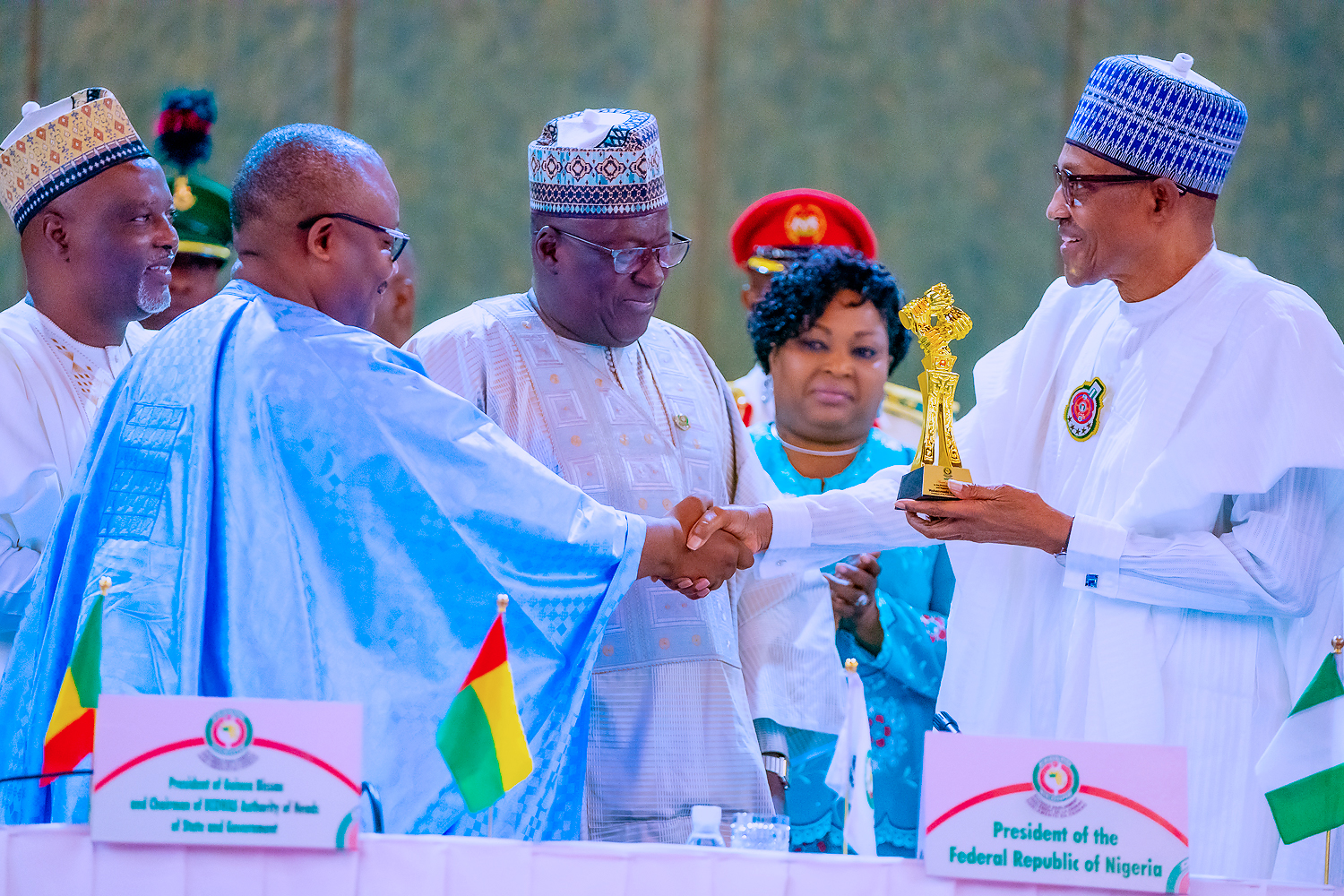 ‘‘We are convinced that the sustenance of democracy and the rule of law should remain the norm in this promising region.

‘‘There will be multiple political activities in some ECOWAS Member States, including Nigeria, where general elections are due to be held in February and March 2023.

‘‘Let me seize this opportunity to reiterate my commitment to free, fair and transparent elections and smooth transitions.

‘‘This is one legacy that I want my administration to bequeath, not only to Nigeria, but to the region as a whole,’’ he said.

Citing upcoming elections in Sierra Leone and Liberia, President Buhari declared Nigeria’s readiness to stand by any country in the region that is committed to organizing free and fair elections. 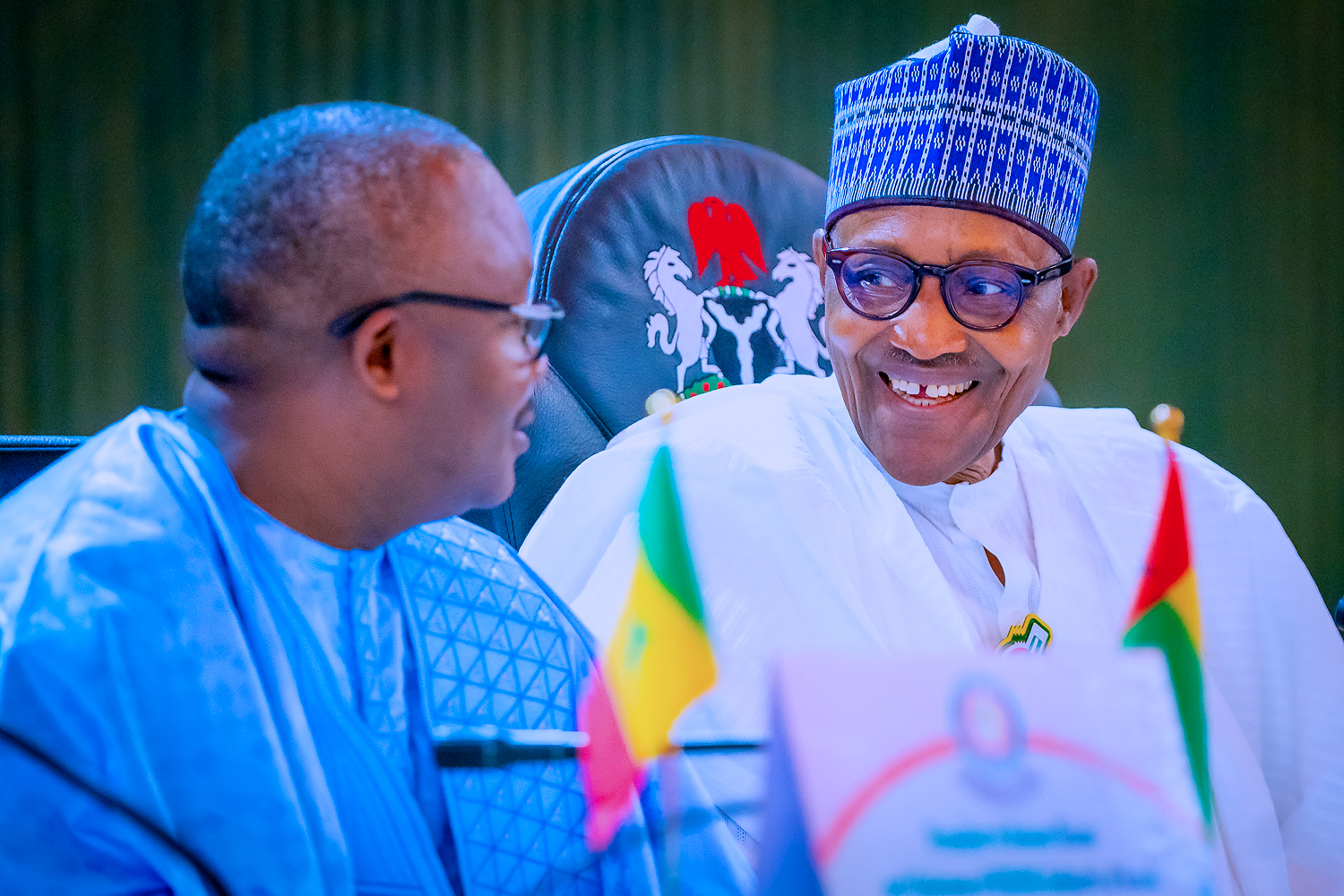 The President highlighted that the global economic downturn has deeply affected the economies of member-countries and resulted in dire economic hardships for the citizens of the Community.

In this context, the President urged the parliament to perform their sacred responsibility of considering the Community budget with diligence, conscious of the sacrifice of various countries in the payment of Community Levy.

The President described threats to peace and security, political instability and the adverse impact of COVID-19 pandemic on our economies as well as the ongoing war in Ukraine as the biggest concerns facing the region.

‘‘It is on record that the region has not rested on its oars as we have always striven to evolve effective regional mechanisms to address these challenges.

‘‘For example, at the height of the pandemic, Heads of State of ECOWAS appointed me as the ECOWAS champion on COVID-19.

‘‘Working with three Ministerial Committees comprising Member States’ Ministers of Health, Finance and Transportation, we developed an effective response by mitigating the effect of COVID-19 on our citizens.

‘‘Our efforts yielded positive results as the ECOWAS region became one of the sub-regions least affected by the pandemic, in terms of mortality rate,’’ he said.

President Buhari noted that in spite of several challenges, the regional bloc ‘‘has continued to wax stronger as a Community and has remained strong and resilient and shining example of regional integration and solidarity.’’ 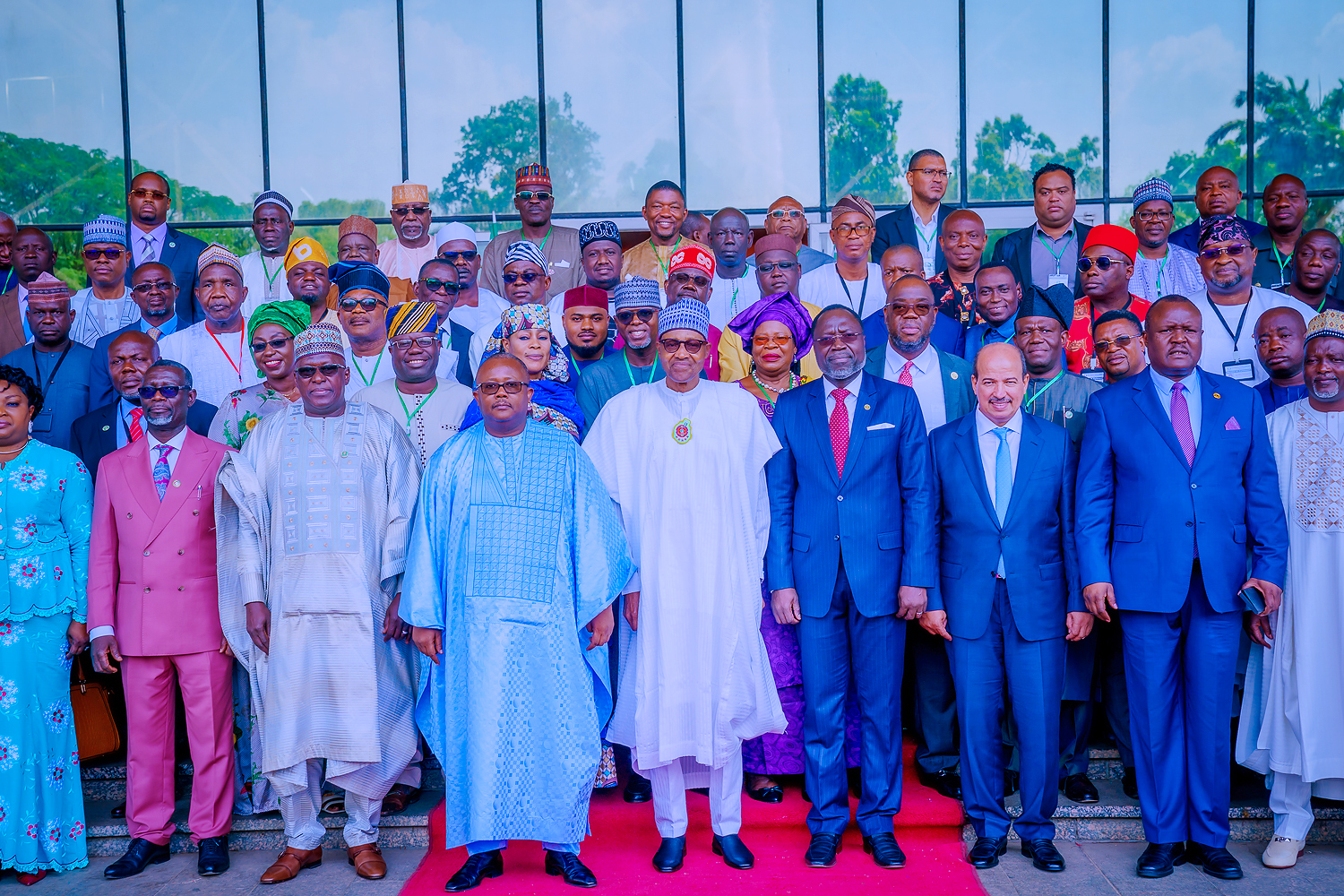 He lauded the Organisation for evolving in many aspects, since its formation 47 years ago.

‘‘We have recorded changes that have affected our demographic composition, as well as the social fabric of our population. We have seen our challenges increase in the face of growing aspirations and the expectations of our people,’’ he said.

President Buhari assured the parliament that the ground-breaking ceremony of the ECOWAS Commission’s headquarters in Abuja to be constructed by the Government of the Peoples Republic of China will take place on December 5, 2022.

The President who explained that the desire to create an ECOWAS complex, housing the Commission, the Parliament and the Court all in one arena, led to the delay in the formal take-off of the project, told the Parliament that as a country that believes strongly in regional integration and cooperation, Nigeria will continue to support all ECOWAS institutions domiciled within the country.

‘‘Our pledge to construct a new permanent headquarters for this Parliament remains as irrevocable and strong as ever,’’ he said.

President Buhari said he had hoped for the completion and formal commissioning of the project before leaving office in May 2023, however, the expansion of the project led to the delay.

The President expressed delight that the harmonization in drawings and other technicalities for the project have been concluded, clearing the way for the ground-breaking ceremony.