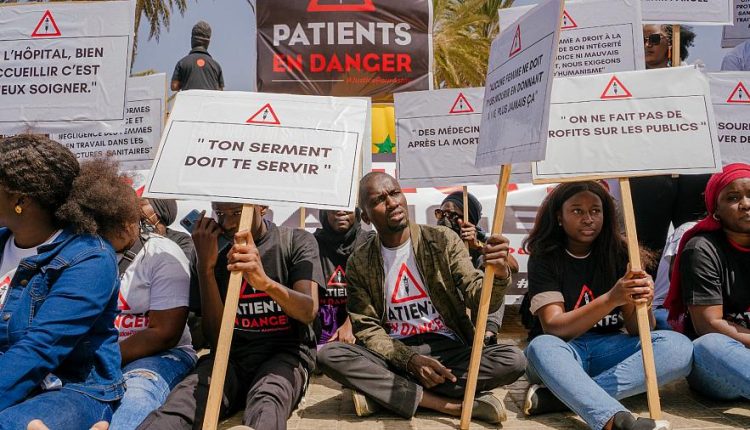 Health workers in Senegal went on strike to protest at charges filed against six midwives accused of negligence in a death that sparked nationwide anger.

The National Association of Midwives and several other groups in the health sector said they were joining a work stoppage ranging from one to three days.

The public health system has been “paralysed,” Mballo Dia Thiam at an umbrella group of healthcare workers called ASAS, said.

The health ministry, gave no details about the impact of the strike, saying only that it had “taken steps.”

The affair was sparked by the death of a nine-months-pregnant woman named Astou Sokhna at a public hospital in the northern town of Louga.

She repeatedly pleaded with doctors to perform a caesarean section.

But the hospital refused her request on the grounds that the operation had not been scheduled and threatened to expel her if she kept insisting on the procedure, reports said.

Sokhna and her baby died on 1st April after a reported 20-hour wait, provoking an outpouring of anger and a vow by President Macky Sall to investigate their deaths.

On Wednesday, lawyer Abdou Daff said that six midwives had been charged for failing to assist a person in danger.

They are to appear in court in Louga on 27th April.

A rally demanding “justice for Astou” is scheduled to be held in the capital Dakar.

The strikes launched are also attached to demands for better working conditions and the upholding of wage agreements, unions say.