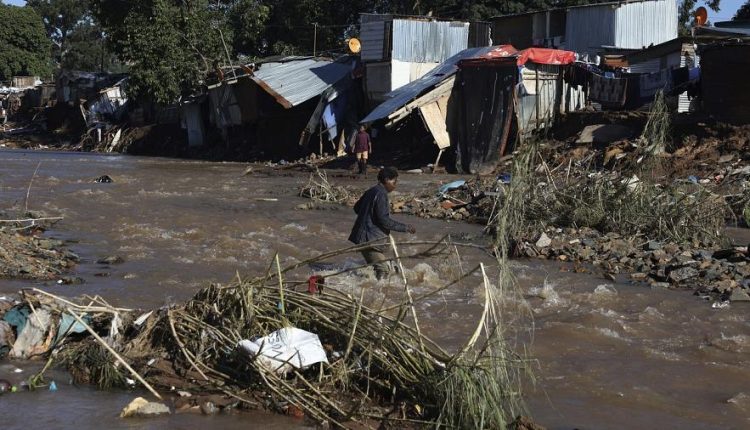 Police, army and volunteer rescuers widened, the search for dozens still missing five days after the deadliest storm to strike South Africa’s coastal city of Durban in living memory as the death toll rose to nearly 400.

One week after unprecedented rainfalls struck the South African province of Kwazulu natal, now is time for grieving.

Flood survivors learn every day that they have lost a sister, a father, a mother or children.

In the city of Durban and its surrounding, nearly 400 bodies have been retrieved.

However, the number of people unaccounted for is still being tallied.

South Africa’s second most populous province has lost 4,000 of its homes to landslips, mudslides and floods.

Rescue operation teams and families look for answers where there used to be homes. For many, like Mesuli Shandu, the horrendous sight is still surreal: “I thought it was a dream, maybe someone would pinch me and say it was a dream, just wake up. But when I see all the rescuers and the dogs searching for their bodies, I don’t know what to believe anymore.“

Through the sandy soil, volunteers spare no pains, they work relentlessly under the eyes of flood victims sometimes hopeful sometimes hopeless.

Indeed, the impassable ruins make it more difficult for dogs to pick up a scent and the South African Weather Service has issued an Easter weekend warning of thunderstorms and flooding.

Dumisani Kahnyile, a resident is not optimistic: “We have the rescue team finally has reach here, but seeing the rain that is coming back, they are going to be disrupted by the rain, and then there won’t be any search going further.“

The army is helping with rescue operations and organisations like Rescue South Africa have also sent on sites scores of volunteers.

A fleet of cars and helicopters carrying police experts combed through a valley in western Durban on Friday.

In a race against time, the desperate search for survivors continues.

Over 4,000 police officers have been deployed to help with relief efforts and maintain law and order amid reports of sporadic looting.

The floods affected nearly 41,000 and left a trail of destruction.

President Ramaphosa declared the region a state of disaster to unlock relief funds.