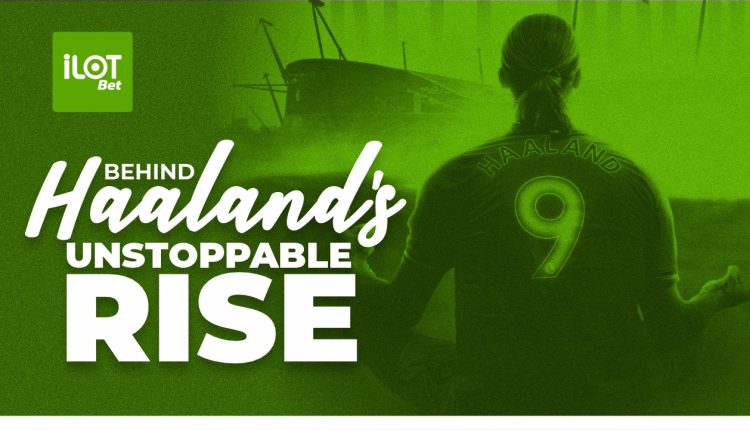 The steady rise of the ‘Viking Striker” Haaland

Erling Haaland was born in Leeds in 2000 when his father was on the books of Leeds United.

Alf-Inge Haaland had moved to England seven years earlier after working his way up through the ranks at the local club Bryne.

Haaland’s first taste of international football was with Norway’s Under-15 side, during the 2015-16 seasons where he impressed for Bryne’s reserve side with 18 goals in 14 games.

Halle liked what Haaland could offer in attack, but felt that his gangly physique might prevent him from reaching the very top.

“The first time I saw Haaland playing football was at the age of 15. At that time he was quite small and narrow before his growth spurt and physically at a disadvantage,” Halle told Goal.

“He was without a doubt a good player who scored many but was by no means outstanding. His physique and coordination still had to develop at that time. That he would one day become a superstar was still a long way off.

He finished the 2018 season with 12 goals in 25 Eliteserien games, which brought him to the attention of even more clubs.

Leeds made an offer for the striker, who had just turned 18, but he was impressed by the project at Red Bull Salzburg and moved to the Austrian Bundesliga side in January 2019.

Salzburg had been keeping close tabs on Haaland for years before pulling the trigger on the teenager. Sporting director Christoph Freund revealed that they had watched him many times up close to learn more about the striker. 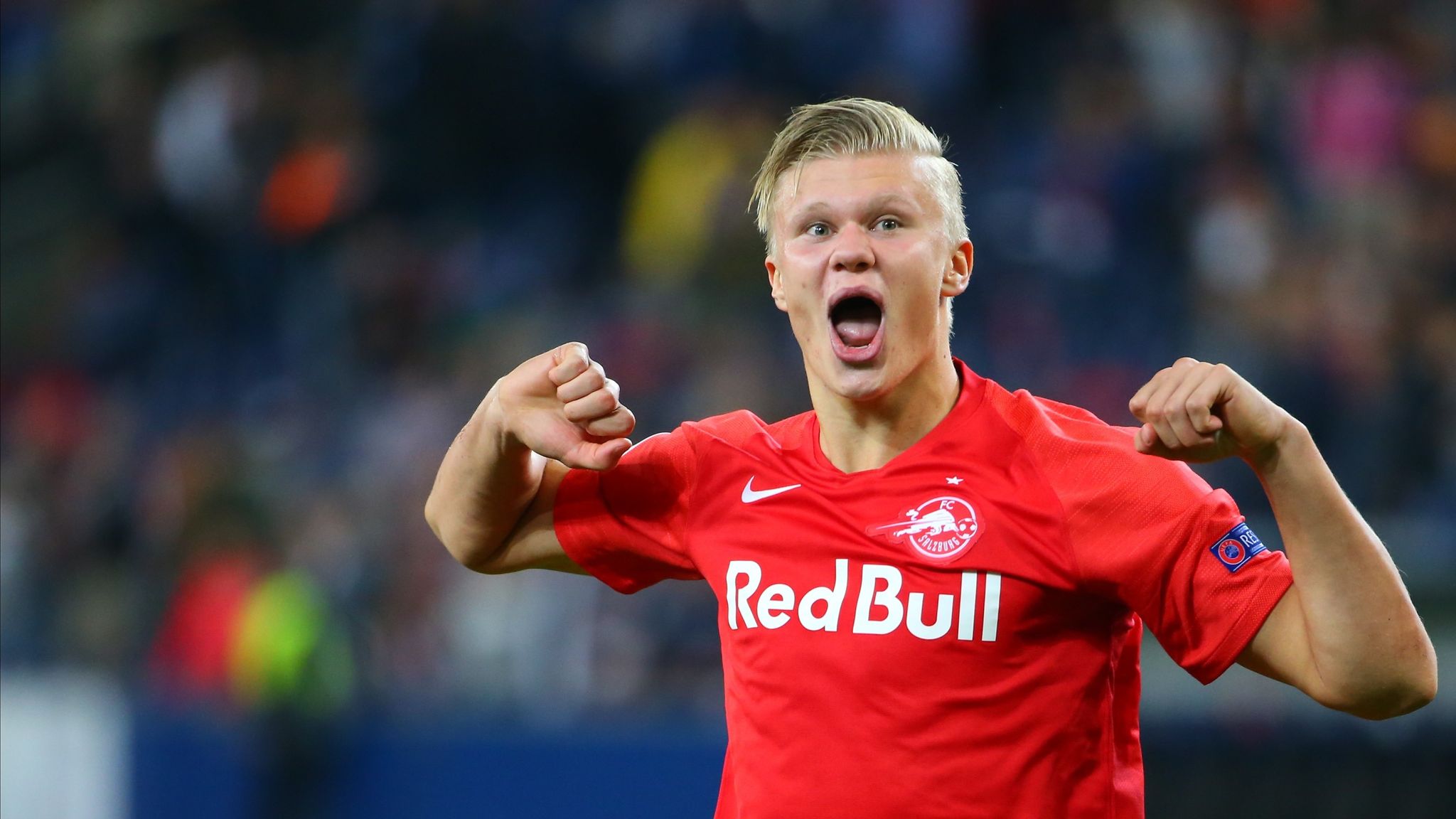 “We had been following Erling since 2016 since he played in Norway’s U16 national team; we watched him live and analyzed countless videos of him. At that time he was in a phase of massive development and therefore attracted attention simply by his presence on the pitch.

“His positive energy and charisma and his unconditional desire to score goals in every game were the most eye-catching” Freund told Goal.

Borussia Dortmund activated his €20 million (£17m/$22m) release clause, beating United and Leipzig to his signature after all three clubs held meetings with the player, his father, and agent Mino Raiola. 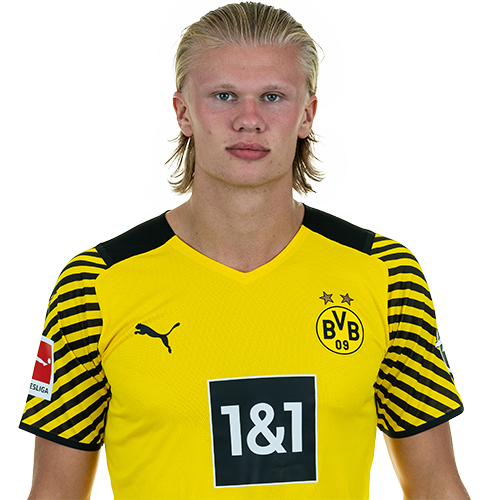 Dortmund offered the striker the best chance of regular game time as they promised to make him their first-choice striker, something Alf-Inge Haaland admits is crucial to his development.

Having played most of 2021/22 without a recognized forward, Man City has filled the void by recruiting the best young striker in the world.

Scoring 61 goals in 65 Bundesliga matches for Borussia Dortmund, Haaland is simply a force of nature that will frighten Premier League defenders this season. 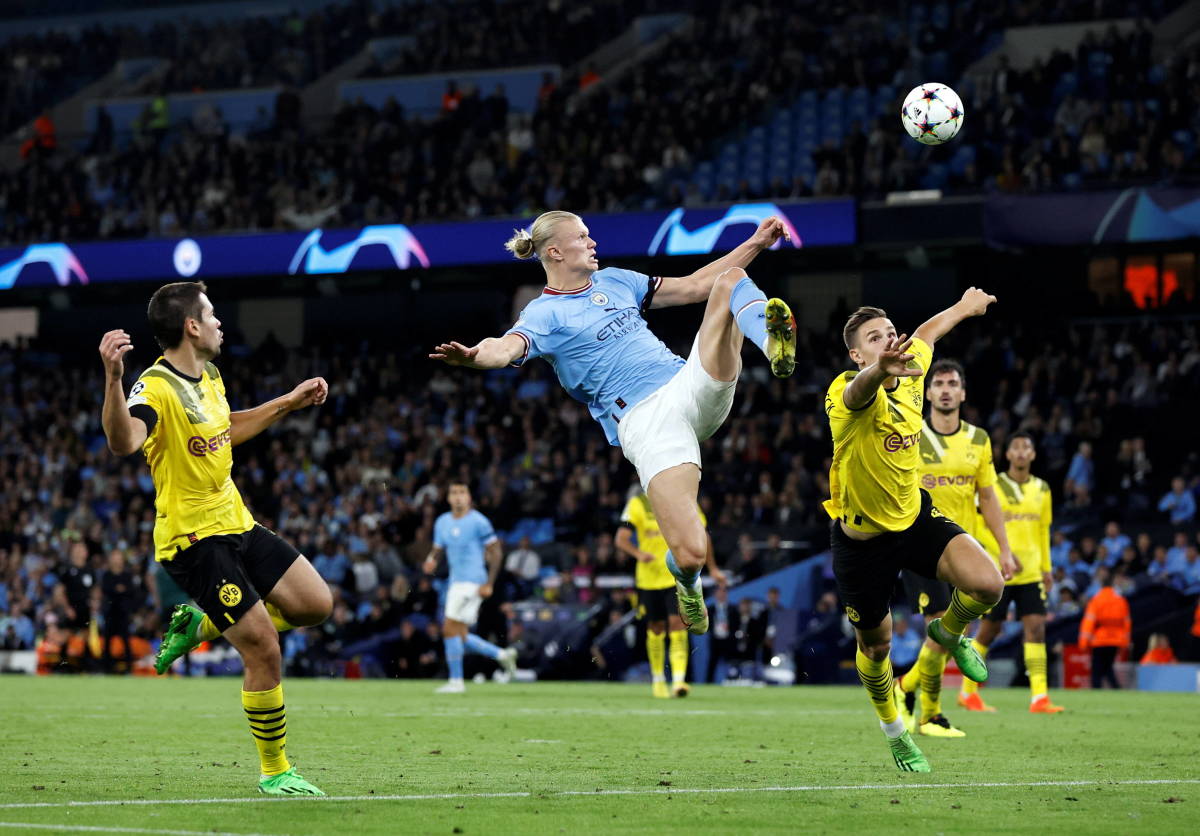 Still just 21, the Norwegian is tall, strong, quick and deadly in the box.

Pep Guardiola warns more is still to come from Erling Haaland; Norwegian named Premier League Player of the Month for August after scoring twice on league debut against West Ham, netting at Newcastle, and hitting consecutive hat-tricks against Crystal Palace and Nottingham Forest