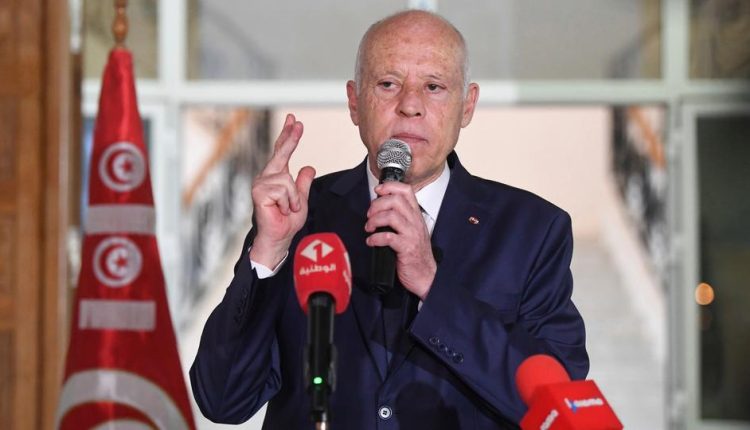 President Kais Saied is seeking constitutional reforms which according to him will help in curbing extremism in the north African country.

Weekly protests are still persistent in Tunisia. Tunisians took part in a demonstration organized by the National Salvation Front, a coalition of opposition parties and civil society groups, to protest against President Kais Saied and an upcoming 25th July constitutional referendum.

“It is not a serious plan (upcoming July 25 constitutional referendum)! So we don’t take it seriously! It is a masquerade! I am sure that the vast majority of Tunisians will ignore this nonsense, this masquerade,” said Ezzeddine Hazgui, spokesperson for “Citizens against the Coup”.

“We are all here under one title which is to stand against the coup and for the restoration of our democracy which was betrayed by Kais Saied. This is the essence of our system. Any addition to that, from solutions and deception under the title of a referendum, or a constitution or elections, is meaningless,” said Ali Laarid, former prime minister and a leader of the Ennahdha party.

It’s been almost a year since President Kaies Saied sacked the government and took hold of all executive powers arguing such measures were needed to “save the country from imminent peril” and fight widespread corruption.

However, critics have since accused him of making a grab for one man-rule and denouncing an “authoritarian rule”.