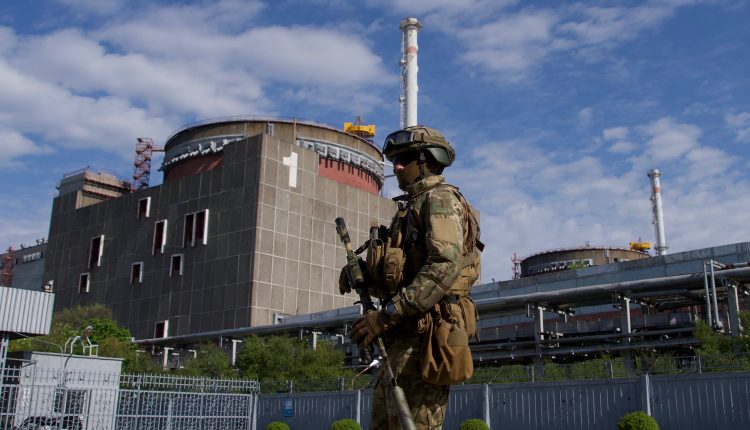 President Volodymyr Zelenskiy has warned that Ukraine will shoot at any Russian soldier who uses the Zaporizhzhia nuclear power plant as base or shoots from it.

Zelenskiy, who did not give any details, repeated accusations that Russia was using the plant as nuclear blackmail.

“Every Russian soldier who either shoots at the plant or shoots using the plant as cover must understand that he becomes a special target for our intelligence agents, for our special services, for our army,” Zelenskiy said in an evening address.

The G7 group of nations have called on Moscow to withdraw its forces from the nuclear power station.

Ukraine’s defence intelligence agency earlier warned of fresh Russian “provocations” around the plant while the exiled mayor of the town where the plant is located said it had come under fresh Russian shelling.

Ukrainian presidential adviser Mykhailo Podolyak accused Russia of “hitting the part of the nuclear power plant where the energy that powers the south of Ukraine is generated.”

“The goal is to disconnect us from the (plant) and blame the Ukrainian army for this,” Podolyak wrote on Twitter.

The defence intelligence agency said missile strikes on the territory of the plant, which damaged water-pumping infrastructure and a fire station, had been conducted from the Russian-controlled village of Vodiane, about seven kilometres (4.35 miles) east of the plant.

Russian troops captured the station early in the war.