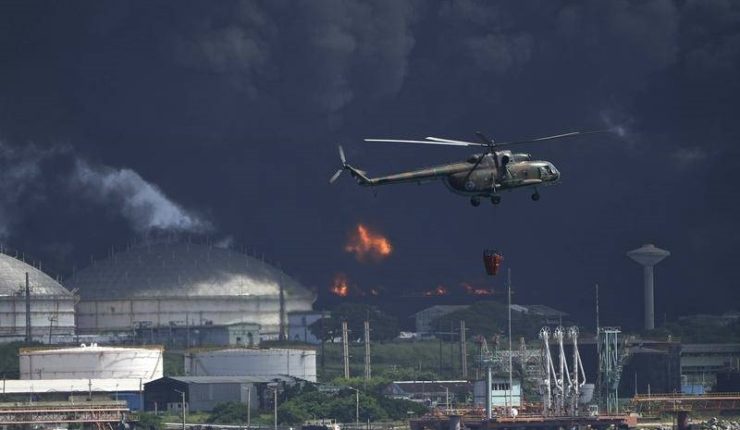 Venezuela has pledged to support Cuba in the reconstruction of its only supertanker port in Matanzas partially destroyed by fire.

President Nicolas Maduro directed Venezuela’s oil minister and the president of state-run PDVSA (PDVSA.UL) to get in touch with the corresponding Cuban authorities “to begin the design of the reconstruction of the supertanker yard,” he said in a speech honoring the Venezuelan firefighters sent to combat the blaze.

About 40% of Cuba’s main oil terminal In Matanzas was destroyed when lightning set a crude storage tank ablaze, later spreading to three others, resulting in massive power outages.

“We are going to design where it will be built, where the loading yard will be, and begin the construction,” Maduro said.

Cuba has long relied on the 2.4 million-barrel Matanzas terminal, about 130 km from Havana, for most imports and storage of crude and heavy fuel oil.

Venezuela, which is Cuba’s main source of imported crude oil and fuels, shipped about 57,000 barrels per day (bpd) to the island in the first seven months of this year, in line with 2021 volumes.