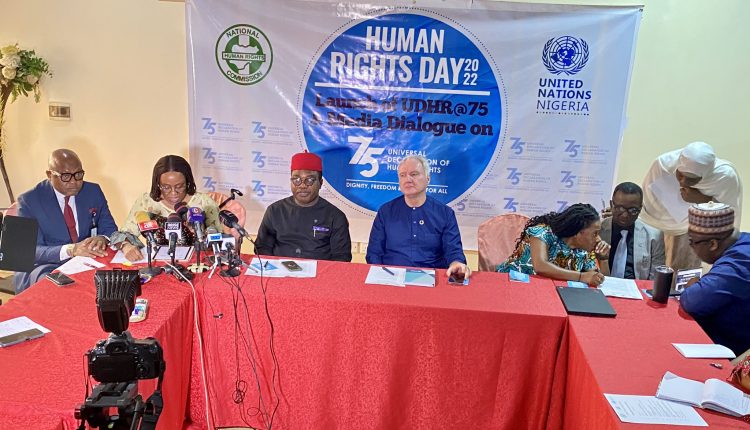 The Response Mechanism funded by the EU, UN and UNDP was launched in Abuja, the nation’s capital as part of activities to commemorate a week-long 2022 International Human Rights Day and the 75th anniversary of the Universal Declaration of Human Rights.

The Executive Secretary National Human Rights Commission, Mr Anthony Ojukwu while unveiling short code number 6472 said that the essence was to bring the commission’s activities closer to the Nigerian public in advancing human rights protection in the country.

According to him, the commemoration of Human Rights Day is significant to appraise and promote the course of human rights protection in the country

He, therefore, called on Nigerians to use the code and forward rights violations to the commission.

The Chief Human Rights officer who noted that this year’s commemoration of the universal declaration of human rights is coming on the heels of the 2023 elections in Nigeria, called on the political class to integrate human rights issues in their campaigns. 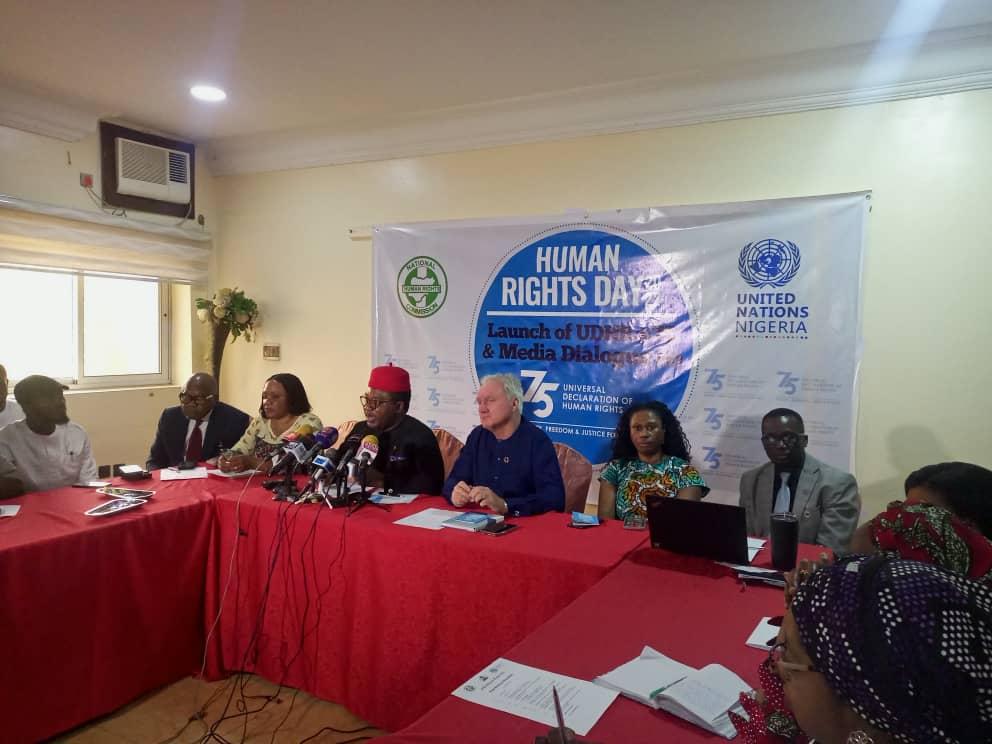 “The National Human Rights Commission is using this opportunity to the issue of integrating human rights in the 2023 elections.“

He also said that the commission in collaboration with the United Nations would be involved in the electoral process with a view of ensuring that human rights issues form the basis of campaigns and priorities of the next government.

Mr Ojukwu disclosed that the commission in collaboration with the UN would organize a presidential town hall meeting for presidential candidates toward inculcating human rights into political activities for the 2023 elections.

“The town hall will be an opportunity for our political candidate, the UN and National Human Rights Commission to discuss human rights issues impacting on elections in Nigeria.” Mr Ojukwu said.

Also, the UN Resident Coordinator on Humanitarian, Mr Mathias Schemale identified human rights negligence as one of the factors responsible for the many challenges in Nigeria. 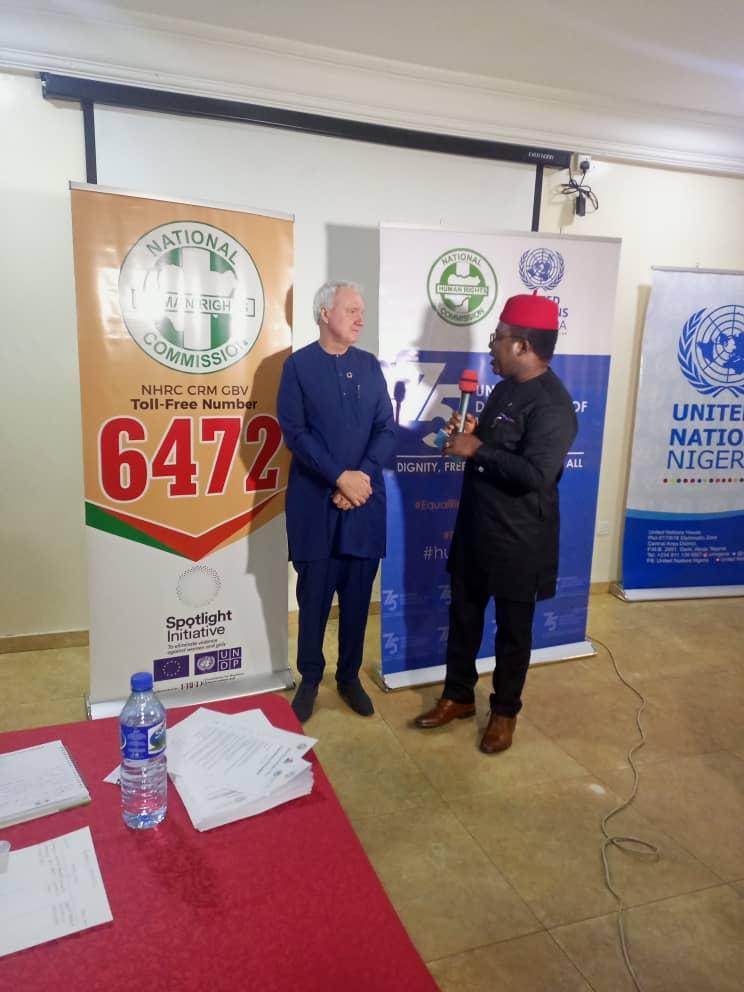 “The context of Nigeria here is that wherever and whenever humanity’s values are abandoned, we are all at greater risk so the solutions to the many challenges this country has are rooted in human rights for sure. In this respect I would like to say that we are stepping up our efforts as UN, and working with the government, human rights commission, civil society organizations and other partners to deliver on the promise that was made in 1948 of achieving human rights for all.”

To improve on the adherence and advancement of the rights of Nigerians, Schemale disclosed that the UN signed a new five-year plan with the Nigerian government towards the development and improvement of human rights.

“Yesterday we signed an agreement with the Minister of State Budget and National planning Prince Clement Agba, a new five-year development corporation framework which spells out how the UN will support the Nigerian government in achieving the development aspirations of Nigerian citizens.“

Schemale added that no nation advances without properly building human rights into political structures and processes.

According to him, the adopted Universal Declaration of Human Rights, UDHR is expected to be a guide to all countries.

Human Rights Day is observed by the international community every year on 10 December. It commemorates the day in 1948 the United Nations General Assembly adopted the Universal Declaration of Human Rights.

The Universal Declaration of Human Rights sets out a broad range of fundamental rights and freedoms to which all humans are entitled everywhere, without distinction based on nationality, place of residence, gender, national or ethnic origin, religion, language, or any other status.