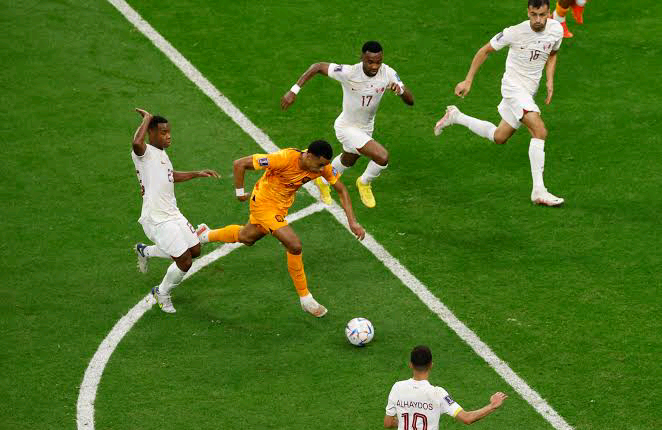 In-form Cody Gakpo scored again as the Netherlands finished top of Group A, ending Qatar’s involvement at their home World Cup with a third consecutive defeat.

Qatar’s dismal showing means they became the first host nation to exit the tournament with three group-stage losses, finishing bottom with no points.

The Dutch, who failed to qualify four years ago, progress to the last 16 with an unbeaten record and face the team that finishes second in Group B – those games kick-off at 19:00 GMT.

African champions, Senegal beat Ecuador to clinch second place and face the team that finishes top of Group B in the knockout stage.

PSV Eindhoven winger Gakpo has now scored the opening goal in all three of the Netherlands’ group games, driving forward and rasping a finish into the bottom corner on this occasion.

Qatar looked to hit back immediately but Ismaeel Mohammad’s shot on the stretch from outside the area was straight at Andries Noppert.

But Louis van Gaal’s men scored at the start of the second half to quash any Qatari hopes of a comeback as Frenkie de Jong poked into a open net after Memphis Depay’s shot was saved.

The Dutch could have won by more, as Steven Berghuis had a goal ruled out and also hit the crossbar.