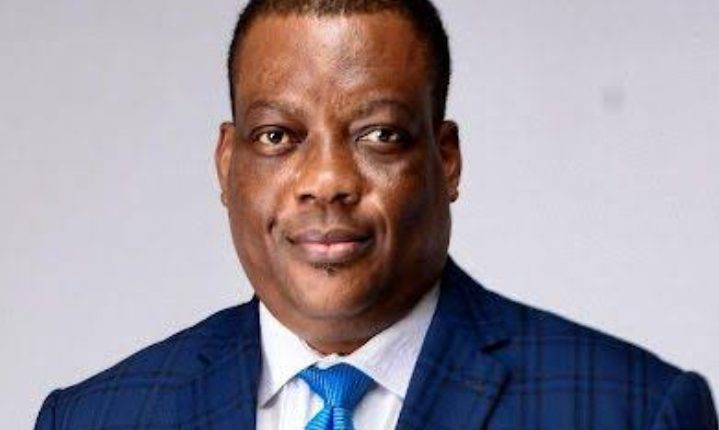 A development economist, Olusiji Aina, has called on the Central Bank of Nigeria, CBN to roll out policies that would discourage people from withdrawing large sums of money from the bank.

Dr. Aina made the call following CBN’s revelation that about 85 percent of printed money were outside the banking system which the bank said was part of the reasons for its decision to redesign higher denominations of Naira notes.

Speaking in an interview with Voice of Nigeria, Dr Aina posited that the redesigning of the naira provides an avenue for the Apex Bank to fast-track its financial inclusion drive and control liquidity in the economy.

“I’m one person who supports this particular strategy or this particular policy on redesigning of Naira. This particular policy is one thing I’m supporting so seriously, because if you look at the total cash outside, look at the statistics, out of about 2.6 trillion, cash in circulation, about 2.3 trillion of that amount is in the hands of people and they are not in the Bank, what is the implication. Every day when people go to the bank to withdraw money. The bank doesn’t have, they go back to CBN, the CBN will have to print because people have decided to hoard this money”.

“So, when the policy came out, and people were taking the money back to the bank, you see wrappers of oceanic bank, intercontinental bank,11 years ago, 15 years ago, Why? Because CBN made the policy. I think with the way the President has adopted and following the Senate’s adoption and support, for the CBN policy on the redesign of new Naira, the next policy I expect from the bank now is to begin to see how a lot of transactions will go through the e-naira.

“I expect also that CBN should roll up policies from January, that should discourage people from withdrawing big money. So, for example, if you’re pulling out 10 million naira, CBN can say charge him 25%, or 30%. So, if you’re going to pay 3 million or 4 million on 10 million naira, then you want to wonder why you should withdraw that kind of money, with that people will adopt the e-naira platform, which again, will help people to be financially included.”

He explained that with proper implementation of e-naira and cashless policy, the financial inclusion which has been moving slowly in the last 10 years can be improved within six months.

On wether the policy will help in taming rising inflation, the economist said there is need for authorities to focus more on addressing food inflation.

“But in terms of the overall inflation objective, you might not feel it much. There must be policies tailored around food production. Now CBN will tell you they’ve done a lot. But I’m a little bit worried in terms of the policy of CBN when it comes to getting directly involved in this in the area of commodities, food accessibility and farming.

“CBN seems to be the driver of everything. It doesn’t help the economy in that way. Because CBN is now begin to interact with both fiscal and monetary monetary policy is not helping our economy. We need to address that food inflation in a different way,” he said.