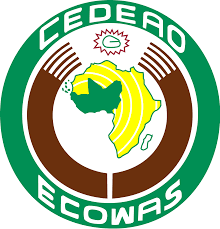 The Chairman of the Committee on Political Affairs, Peace and Security and Africa Peer Review Mechanism, ECOWAS Parliament, Edwin Snowe Junior, has said that the Community Parliament will introduce a good governance bill where no president will seek a third term in the West African region.

Mr. Edwin Snowe Junior disclosed this while addressing a press conference in Banjul.

The Gambia on the side lines of a 5-day delocalised meeting of joint ECOWAS Committee on Political Affairs, Peace and Security, Legal Affairs and Human Rights, Social Affairs, Gender and Women Empowerment.

He described the issue of third term and public sector corruption as key issues that continue to undermine the region’s democratic values.

Mr. Edwin Snowe Junior, a political scientist, disclosed that the ECOWAS parliament has since 2017 shifted from its status of being a toothless bull dog to become an instrument of power with its new Supplementary Act vested in its oversight functions.

“We are now discussing a good governance framework in this Banjul meeting that will encourage governments and presidents in the region to desist from the third term because you ambush your constitution and give the citizens the right to ambush your tenure. “

“We are encouraging presidents to desist from running for a third term. If the citizens are comfortable with you and you have done well in your first term, then you have a second term but most governments will wait until they enter their second term and say we want to make the constitution better for the people and if they change the constitution, they will go on to serve a new term under the pretext that it’s a new republic.”

“We were just from Senegal and we have been very robust in discouraging the president from attempting to serve a third term in office. Now we want to introduce a good governance bill where no president will seek a third term.

I hope that does not happen in The Gambia. I hope that after the second term of the President Adama Barrow he will respectfully leave office so that the Gambian people or he himself may also have the pleasure of seeing a successor. It is very important for our region,” he said.

He warned that the ECOWAS region will continue to experience upheavals if leaders continue to cling to power and change the constitutions of their countries for personal gains.

“Corruption is killing our region. And the issue of a third term too.

Sometimes people are afraid to talk about the issue of a third term but it is only fair that when you serve your people for two terms you step down. The President of Ghana was invited to a church and he made it clear that he is serving his last term. He has shown no ambiguity or doubt that he will leave office in 2024 when Ghanaians go to the polls.

President Buhari of Nigeria has also already declared that he is leaving office after February 2023. He is not even dreaming of serving a third term but in some countries in the region people are contemplating changing their constitutions to go for a third term.

In the case of Gambia there is no term limit in the constitution.

The President can run as long as he wants to run. There was a bill tabled in the last National Assembly which has a term limit but parliament did not vote on it. We hope that this new parliament will vote on it term limit and we hope they will bring a new constitution but if you bring a new constitution, will the president say it is a new republic and that he can run again? We should follow the pattern of Ghana or Nigeria and encourage all our presidents to leave office after serving two terms.”

Edwin Snowe Junior stated that the citizens of the region also have a share of democratic undermining in member countries because they cheer everything.