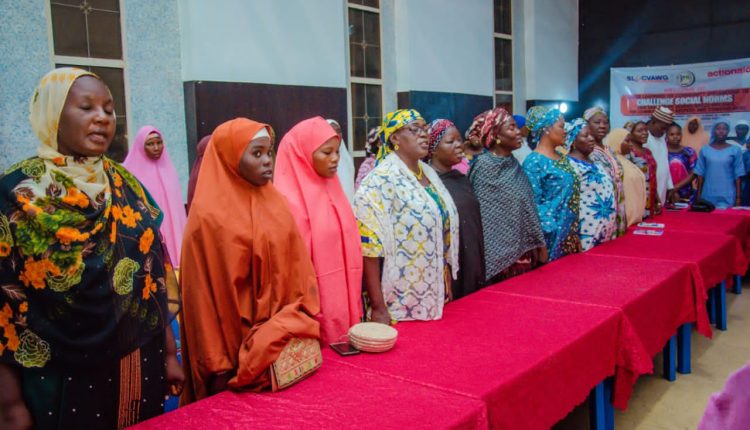 A Gombe State Civil Society Organisation, Faida Community Development Initiative, has strengthened the capacity of stakeholders, especially survivors of Gender Based Violence, on how to respond, report and prevent such incidences in the state.

Participants were made up of young girls, women, traditional and community leaders, as well as religious leaders and relevant security agencies.

The young girls expressed themselves confidently on some of the challenges they faced in the society in Gombe State, such as early and forced marriage, rape, child labour, commonly known as Barema, recognition of girl-child in the family and the importance of education for her, as well as lack the enactment of relevant laws to deal with rape cases, and the proper attention from parents, among others. 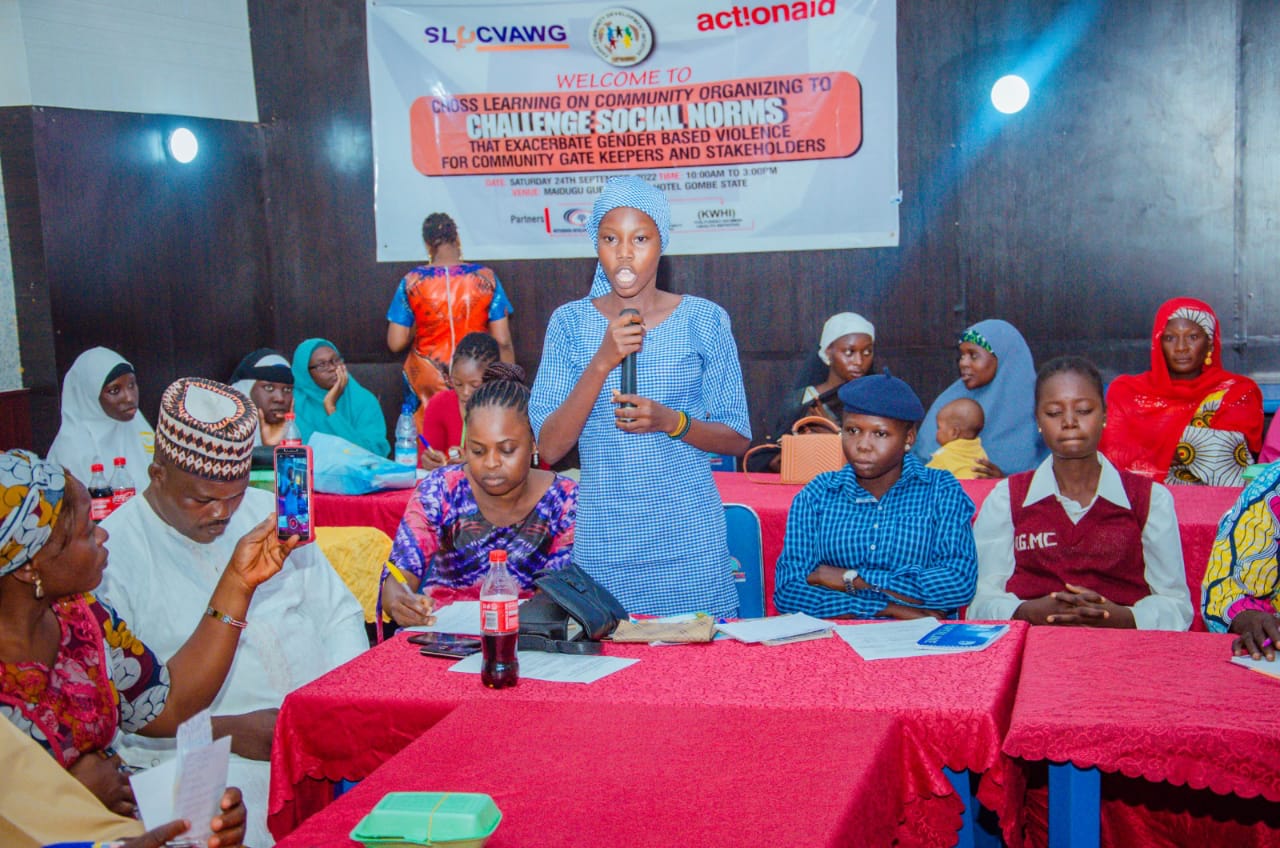 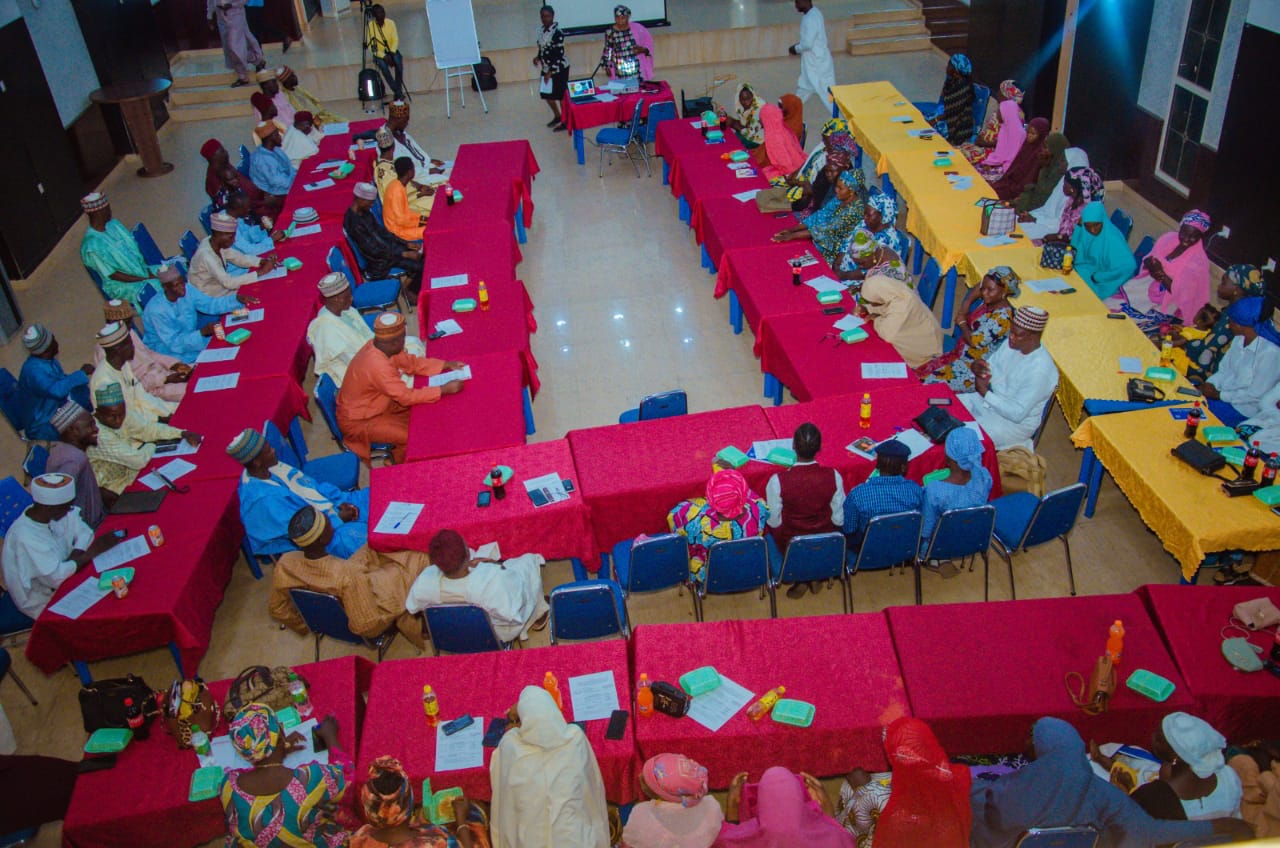 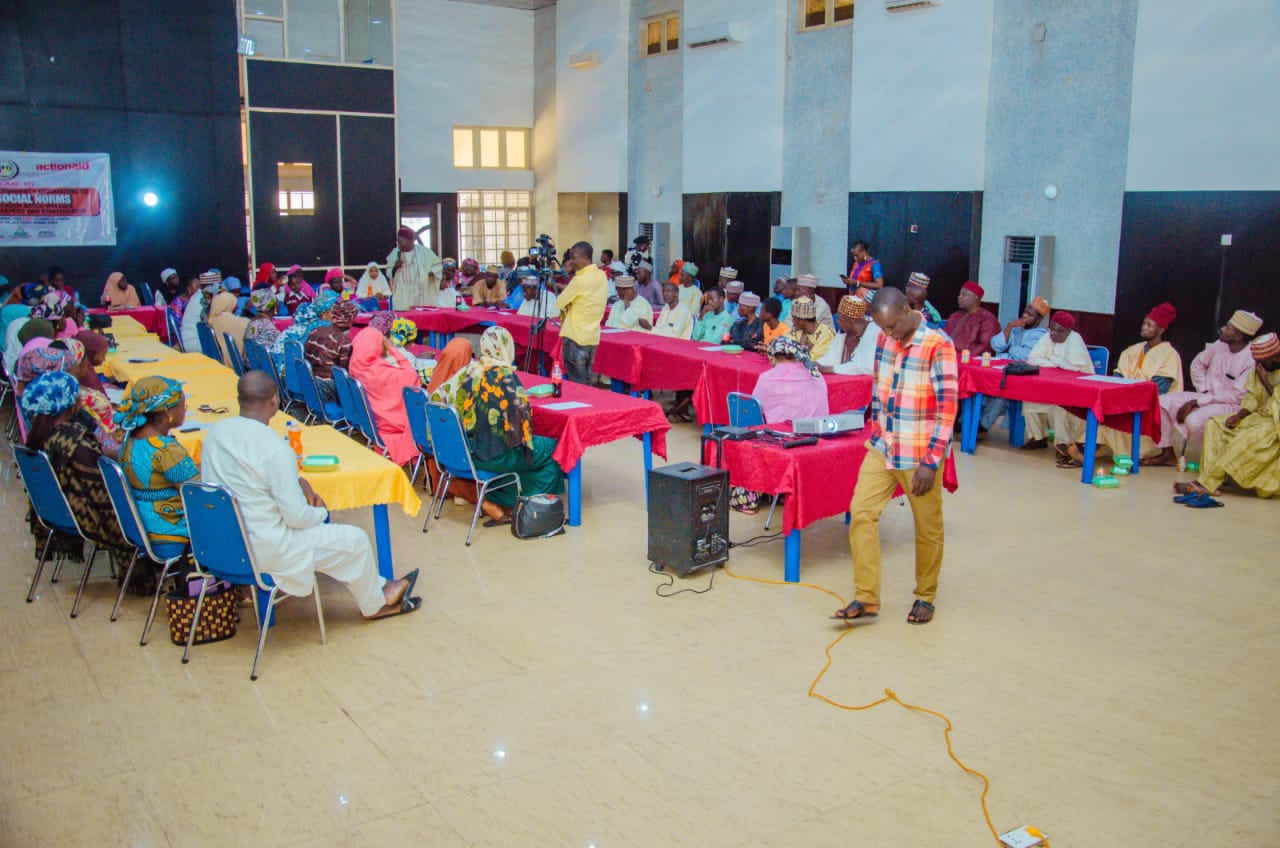 ActionAid has been working with various partners in communities in Gombe State to create awareness on seeking justice for survivors of Gender Based Violence and vow to respond to such issues.

The partners in Gombe State are the Advocacy for Children’s Rights initiative, Faida Community Development Initiative, Federation of Muslim Women Association in Nigeria, FOMWAN and Nightingale.

One of the young girls who spoke out against the discrimination of the girl child in Gombe State at the meeting was Miss Sarah Adams, from Government Comprehensive Day Secondary School, Kwami, Kwami Local Government Area. She said she was going home fortified with the knowledge to be self-defended, while at the same time enlightening others on Gender-based violence and the need for survivors to speak up.

She is concerned that girls in her community in Kwami are denied education, but forced into labour, Barama, a cheap form of labour adopted by farmers, who hire children into farms and subject them to hard work for long hours without food and give stipends at the end of the day.

Mrs. Hannatu Ishaya, representing the Federation of Muslim Women Association in Nigeria, FOMWAN, from Ashaka/Jalingo in Funakaye Local Government Area, said she had learnt a lot from the programme initiated by ActionAid, through its partners in their area, right from the beginning.

“Truly, we have made a lot of progress. Before now, in our communities, the rights of women were seriously violated. There were indiscriminate divorces, and rampant and unnecessary wife beating. At first, we did not know it was a violation of our rights, we thought it was the right of a man over his wife. Before now, whenever a wife could not speak out, or may at best run away. Until they came and enlightened us and made us understand our rights. This has also helped the husbands to understand why it was wrong to violate the rights of their wives,” said Mrs. Ishaya.

Mrs. Ikilima Ahmad, from Lawanti, in Akko Local Government Area of Gombe State, said what was prevalent in her community were the issues of late night, forced marriage, indiscriminate divorce and unnecessary wife battering.

She said before now, women in that community could not speak out for fear of more abuses, but that with the coming of the ActionAid, through one of its partners, the Faida Community Development Initiative, women were now getting relief from such violations.

Mrs. Ahmad called on women never to keep silent, but to speak up whenever their rights were being violated.

“Don’t stay silent. If they are violating your rights, whether emotionally, sexually, or whichever violence is being mated against you, come out and speak up. If you don’t come out to speak up, you have cheated yourself and others. If they rape someone else’s child, you refuse to come and report it, one day it will fall on you. You are afraid that the future of the child will be destroyed and that when the truth of rape is revealed, the girl will not get a man to marry her. The truth is, if you don’t speak up, you have deprived someone of justice, but when you speak out, you have saved someone by ensuring justice and preventing further harm to others,” Mrs. Ahmad said.

She said they were taught how to be bold in demanding their rights, and know the right processes to follow in order to seek justice for rape cases, such as preserving evidence and the use of the referral pathways available.

A community leader, Mr. Alagranda Maina-Bala Shongo, who is the Chairman of the Community Response Team in Garko, Akko Local Government Area of Gombe State, said he felt delighted that the young girls were able to express themselves boldly on issues affecting their development as women.

Mr. Maina-Bala said, as community leaders, they had resolved, with the knowledge of the challenging situations the girls in the state go through, to find ways of solving the issues outlined by them.

“By finding solutions to these problems, we are not just solving them for the young girls, but for the families and the society as a whole. On the issue of denying the girl-child education, where they are only allowed to stop at primary school, we understand that the way out is to sensitise the fathers before the traditional rulers on the benefits of educating the girl child beyond secondary school. We understand that lack of education is responsible for hawking amongst the girls,” said Mr. Bala-Shongo.

Mrs. Martha Daniels, the Executive Director, Advocacy for Children’s Rights initiative, one of the four partners supported by ActionAid, said that at the end of the meeting in Gombe, the stakeholders, especially the traditional and religious leaders, all acknowledged the issues highlighted by both young girls and women participants.

“For the first time, they are appreciating the girls for speaking up, that they did not know these things are that prevalent. Even if they knew, the level is really high, compared to what they perceived. So, now they are making a commitment and now every leader is having an action plan that is being drafted and so we will be able to track successes and impact from this meeting,” said Mrs. Daniels.

She said because child negligence was rated high in Gombe State, parents should pay more attention to the well-being of their children, because leaving them to fend for themselves had dire consequences on the growth and development of the children.

“Children are becoming excessively vulnerable to both physical and online abuse. Parents must be vigilante and live up to their responsibilities as parents and I think we will have a better society,” Mr. Daniels said.

In the meantime, she called on the communities to deliberately discard the culture of silence by speaking up whenever sexual or gender-based violence was being committed, because according to her, if not done, the perpetrators will become bold in committing such atrocities again and again.

Consequently, she re-echoed the voices of participants, who called on the Gombe State House of Assembly to enact relevant laws, such as the Violence Against Persons Prohibition Act, which will give the judges the laws to use in punishing perpetrators of Gender-Based Violence.