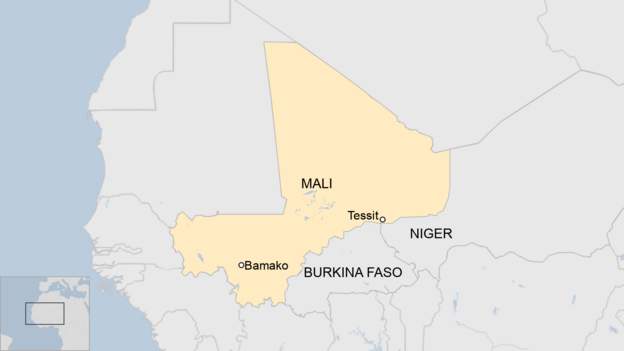 The Malian government says 42 of its soldiers were killed in an Islamist attack on Sunday, raising the death toll from 17.

Report says a further 22 troops were wounded, while 37 militants affiliated with the Islamic State group were killed.

The attack took place at Tessit, a town in the troubled region where the borders of Mali, Burkina Faso, and Niger converge.

It was one of the bloodiest to afflict Mali in a 10-year Islamist insurgency.

Thousands of residents have fled the area, adding to an estimated two million displaced by fighting in the wider Sahel region.