Manchester City won its fourth Premier League title in five years after coming from two goals down to beat Aston Villa 3-2 at the Etihad Stadium on the final day of the 2021/2022 season.

Pep Guardiola’s side clinched the title with 93 points, one ahead of second-placed Liverpool, to win its ninth major trophy since the Spaniard took over at the club in 2016.

A header from Aston Villa fullback Matty Cash put Villa 1-0 up at the break and the nerves of the City fans worsened after Brazilian former Liverpool midfielder Philippe Coutinho doubled the advantage in the 69th minute.

At that stage Liverpool were being held 1-1 by Wolves and still in second spot, but a goal for them at Anfield would have put them in pole position.

But by the time Liverpool took charge of their game, City had fought back and blown away all the fear of a final-day collapse in five blistering minutes. Ilkay Gundogan headed in a Raheem Sterling cross to make the scores 2-1, before Spanish midfielder Rodri calmly placed the ball into the bottom corner of the net to equalise.

It’s on, it’s on, my goodness it’s on! 🙌#ManCity pic.twitter.com/GMl7iGluXX

The hosts continued to pile on more pressure as Liverpool were in pole position for the title. However, Manchester City’s story wasn’t over yet as they had another chapter to add to their amazing season.

German midfielder Gundogan completed the turnaround in dramatic fashion, tapping in a low cross from Kevin De Bruyne at the back post to send the City fans into a frenzy.

Let’s call it what it is, it’s a masterpiece pic.twitter.com/4KA7NLMZlx

Manchester City won the Premier League title by a point from rivals Liverpool on the final day of the campaign after Pep Guardiola’s side survived a huge scare on Sunday.

City had to fight back from 2-0 down in the second half, but three goals in the space of five minutes — including two from German substitute Ilkay Gundogan set off the party, with fans pouring onto the field at the Etihad Stadium at the final whistle.

City have now won four of the last five Premier League titles, and their victory ended Liverpool’s hopes of a unique quadruple of trophies.

Liverpool, who face Real Madrid in the Champions League final in Paris next week, had also found it hard to get their business done at Anfield against Wolverhampton Wanderers but late goals from Mohamed Salah and Andy Robertson earned them a 3-1 win. 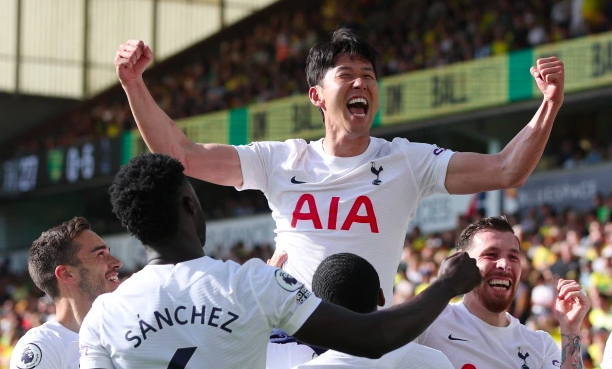 Tottenham Hotspur comfortably secured the fourth Champions League spot with a 5-0 win at relegated Norwich City, courtesy of goals from

North London rivals Arsenal had to settle for fifth spot despite thrashing Everton 5-1 at the Emirates Stadium. Thr Gunners will play in the Europa League next season. 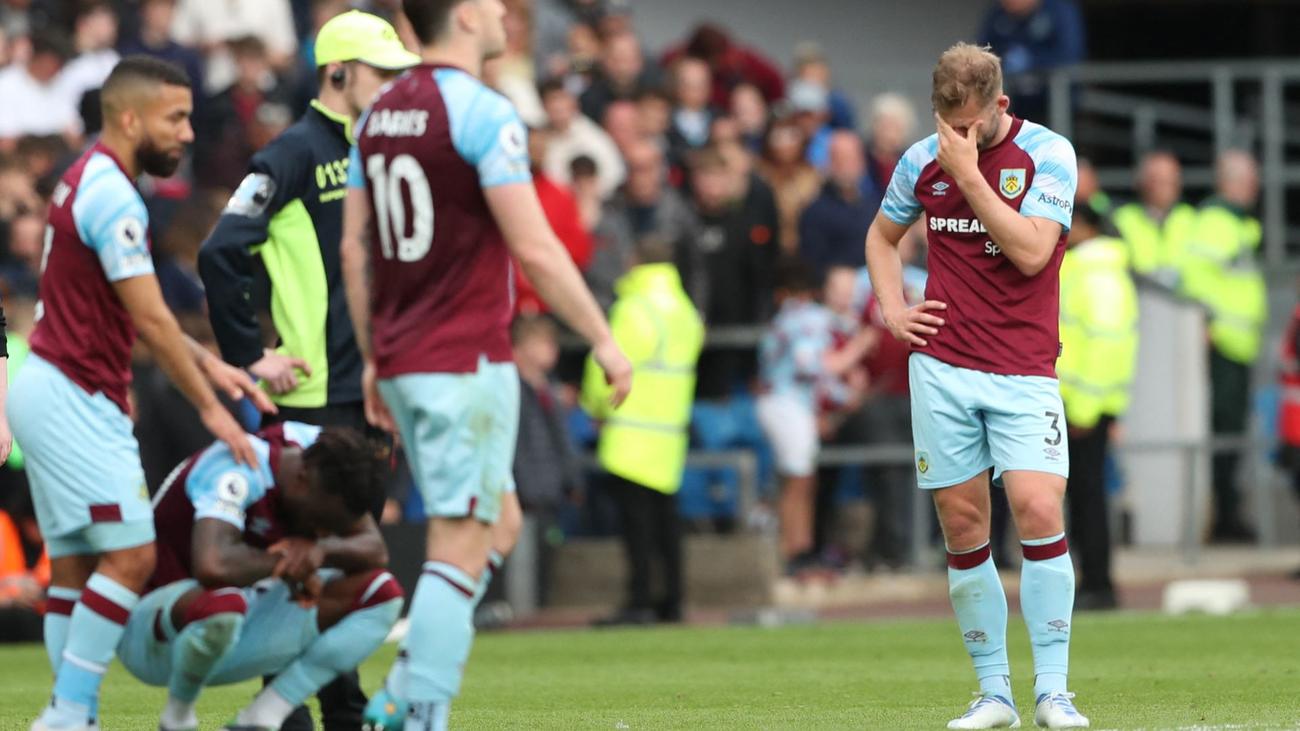 At the other end of the table, Burnley were relegated after they lost 2-1 at home to Newcastle United, while Leeds United secured survival with a 2-1 victory at Brentford.

Norwich and Watford had already been relegated before the final day.

Manchester United will play in the Europa League after finishing in sixth position despite a 1-0 defeat to Crystal Palace in Ralf Rangnick’s final game in charge.

West Ham United will have to settle for Europa Conference League action after they failed to take advantage of United’s slip up, losing 3-1 to Brighton & Hove Albion.