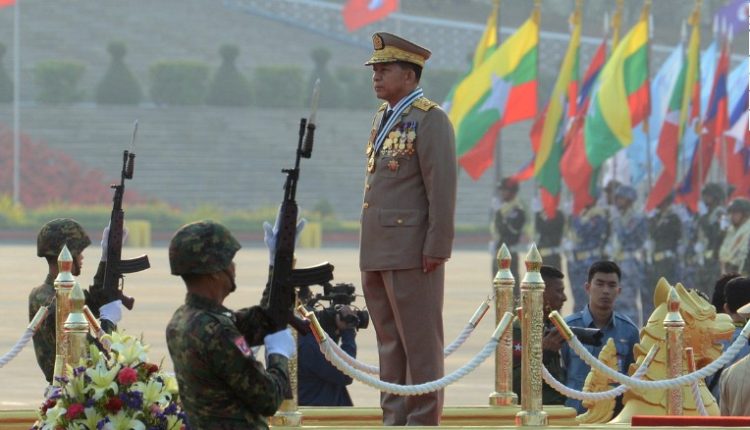 Myanmar’s military government has moved to consolidate its hold on power amid continued armed resistance to its rule.

The heads of the navy and air force are among those who have lost their positions.

“When it starts dismissing its own team and established business cronies it does suggest its position is highly fragile and its leadership rather insecure.

“Its top priority is its survival at any cost and given its disastrous economic interventions it would appear Myanmar and its people are at that cost.” a Western diplomat in Yangon said.

The sackings have been accompanied by a crackdown on business tycoons.

Chit Khine of the construction to resources conglomerate Eden Group as well as Khin Shwe of communications and construction company Zaykabar and his son Zay Thiha were arrested and detained earlier this year.

Chit Khine was charged with corruption and accused of tax evasion for his coal mining business.

On July 25, the regime executed four activists in a move that triggered outrage around the world.

Laetitia van den Assum, the former Dutch ambassador to Myanmar, says the executions demonstrated that the military government was rejecting any dialogue about the future of Myanmar unless on its own terms.

“Even though its attempted coup failed long ago, it mistakenly believes that executing four political prisoners will help it to establish control. Instead, it is strengthening the resolve of the broad-based resistance movement.” Assum said.

Historically, Myanmar’s military rulers have been notorious for purging any potential opponents or opposition within their own ranks.

Military strongman Than Shwe, who ran Myanmar for nearly two decades from 1992 to 2011, purged the military intelligence chief and his prime minister Khin Nyunt as well as several intelligence officers in 2004.

Then Shwe himself rose to power after a ‘palace coup’ in 1992, removing his predecessor General Saw Maung, who also took over after toppling General Ne Win in September 1988.