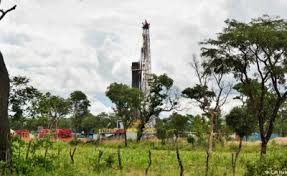 The Community forest and conservancy organisations from Namibia’s Kavango regions are trying to get a court order to stop Canadian oil exploration company ReconAfrica from further oil and gas exploration activities.

The case, which had been postponed resumes in the High Court on Friday, July 15, 2022.

The applicants also want the court to order that the environmental commissioner in the Ministry of Environment, Forestry and Tourism may not allow Recon to drill new exploration wells in terms of an environmental clearance certificate granted to the company.

The four applicants want those orders to be in force while they pursue an appeal against the commissioner’s June 15, 2022 decision to approve an amendment of a three-year environmental clearance certificate that was granted to Recon in August 2019.

“The oil and gas exploration has overwhelming support among the locals, traditional authorities and nationals at large,” the report states.

But it also noted that future explorations must be done with full and prior approval of landowners, farmers, village communities and traditional authorities. It says that, although ReconAfrica did consult as required by Namibian law, it did not include community members before drilling commenced.

Nigerian Army: A journey into perfection