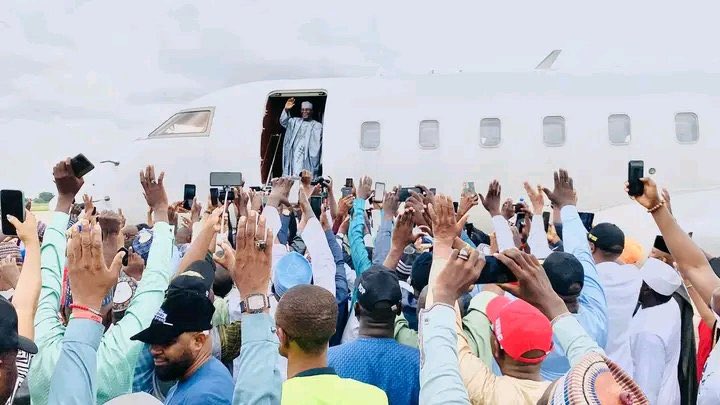 Thousand of people converged on Yola, the Adamawa State Capital, to welcome Nigeria’s former Vice President Atiku Abubakar, who is returning to the state for the first time his emergence as the Presidential flagbearer of the Peoples Democratic Party.

Atiku’s arrival was shortly after his running mate, Delta State Governor Ifeanyi Okowa, arrived in the Yola international Airport by 11:00am on a chartered private jet and was received by his  counterpart, the Adamawa State governor Ahmadu Fintiri, and other top government officials.

He was welcomed by his supporters who breached protocol, as they thronged the tarmac to receive the PDP presidential candidate.

I’m humbled by this extraordinary show of love. I love you all more. As ONE, we shall get it done. -AA#AtikuInYola pic.twitter.com/sjDX7DT7uA

Many of the supporters in celebratory mode and wearing colourful uniforms trooped out in their thousands to welcome the former Vice President, with motorists finding it difficult drive due to heavy traffic caused by the supporters. 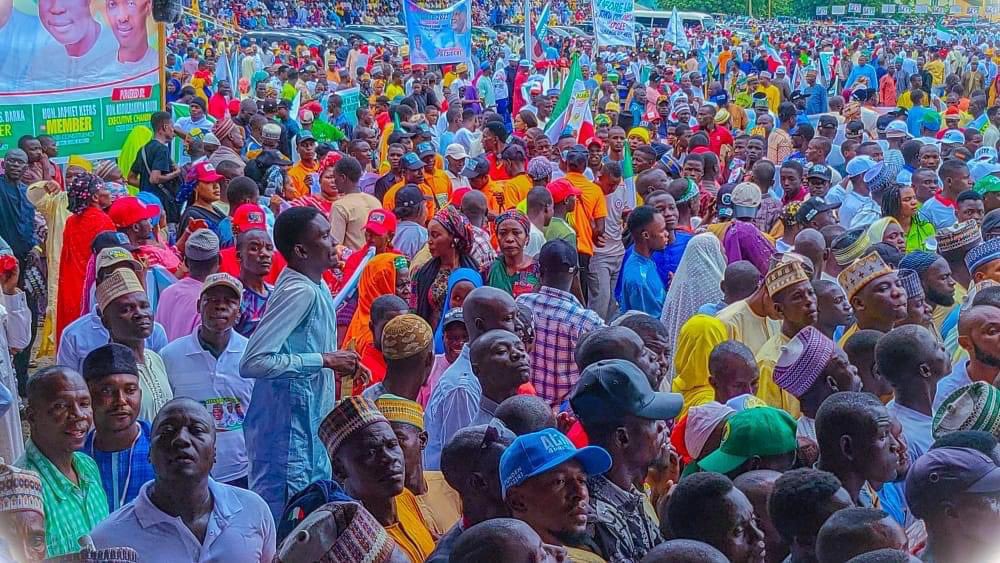 Alhaji Atiku on arrival visited the palace of the Lamido of Adamawa, HRH Barkindo Mustapha, in Yola to pay homage to the royal father.

He also paid his condolences to the mother of the late OPEC Secretary-General, Sanusi Barkindo.

Atiku is also due welcome defectors from other political parties.

Radio frequency-based equipment must be cleared by NFMC – Council