Pope Francis arrived in Canada on Sunday for a week-long trip that will center around his apology on behalf of the Roman Catholic Church for the abuse of Canadian indigenous children in residential schools.

“This is a trip of penance. Let’s say that is its spirit,” the pope told reporters after his flight took off from Rome.

The papal plane touched down in Edmonton in the western province of Alberta. The Pope was received on arrival by Governor General Mary Simon, who represents Canada’s head of state, Queen Elizabeth, and Canadian Prime Minister Justin Trudeau.

The pope was entertained to a short performance by four drummers and native singing before several indigenous leaders, many wearing elaborate headdresses, greeted and exchanged gifts with him.

The pope left after the short ceremony in a wheelchair to speak for a few minutes in private with Trudeau and other officials before heading to St. Joseph Seminary, where he is expected to rest before Monday’s events. 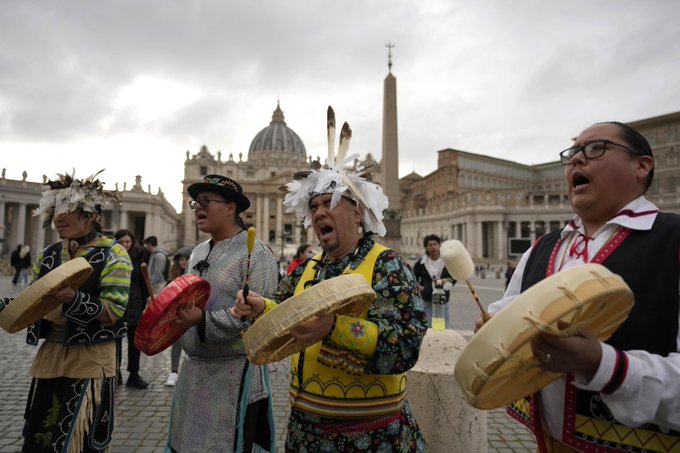 He is also visiting Quebec City and Iqaluit, the capital of the territory of Nunavut. He will depart on Friday.

Between 1881 and 1996 more than 150,000 indigenous children were separated from their families and brought to residential schools.

Many children were starved, beaten, and sexually abused in a system that Canada’s Truth and Reconciliation Commission called “cultural genocide.”

While Canada’s leaders have known about high numbers of children dying at the residential schools since 1907, the issue was thrust to the fore with the discovery of suspected unmarked graves at or near former residential school sites last year.

In response to pressure stemming from those discoveries, the pope apologized for the Catholic church’s role in the schools earlier this year during a visit by indigenous delegates to the Vatican.

As the Pope prepares to apologize on Canadian soil, survivors and indigenous leaders are asking that more needs to be done. 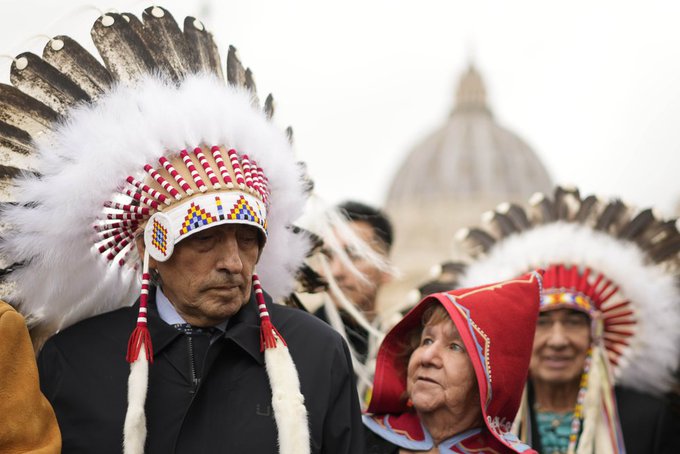 Many have called for financial compensation, the return of indigenous artifacts, the release of school records, support for extraditing an accused abuser, and the rescinding of a 15th-century doctrine justifying colonial dispossession of indigenous people in the form of a papal bull, or edict.

Earlier aboard the papal plane, the pope expressed his desire to visit Ukraine in an effort to bring the five-month-old war to an end.

“I have a great desire to go to Kyiv,” the pope said when asked about a possible future trip to Ukraine.

Earlier this month, the pontiff also spoke about his hope of being able to visit Moscow and Kyiv soon after his trip to Canada.

The 85-year-old pope canceled a trip to the Democratic Republic of Congo and South Sudan in early July because of a knee problem that has recently forced him to use a wheelchair and a cane.