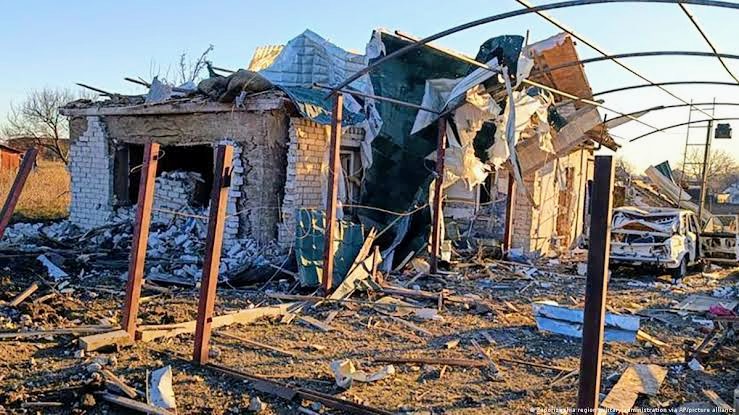 Ukraine says Russia unleashed a new volley of missiles that destroyed homes in the southeast and knocked out power in many areas on Monday.

The attack is the latest in weeks of attacks targeting its critical infrastructure that have cut off power, heat and water to many parts of the country.

The strikes plunged parts of Ukraine back into freezing darkness with temperatures now firmly below zero.

Missiles also hit energy facilities in the regions of Kyiv and Vinnytsia in central Ukraine, Odesa in the south and Sumy in the north, officials said.

Officials say air defences shot down more than 60 of over 70 Russian missiles fired on Monday, Ukraine’s air force command said. This included nine out of 10 missiles fired at Kyiv.

A new missile barrage had been anticipated in Ukraine for days and it took place just as emergency blackouts were due to end, with previous damage repaired.

Russia has said the barrages are designed to degrade Ukraine’s military. Ukraine says they are clearly aimed at civilians and thus constitute a war crime.