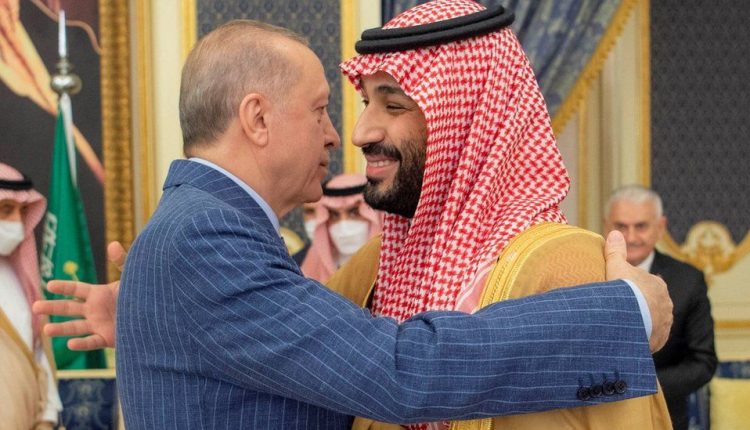 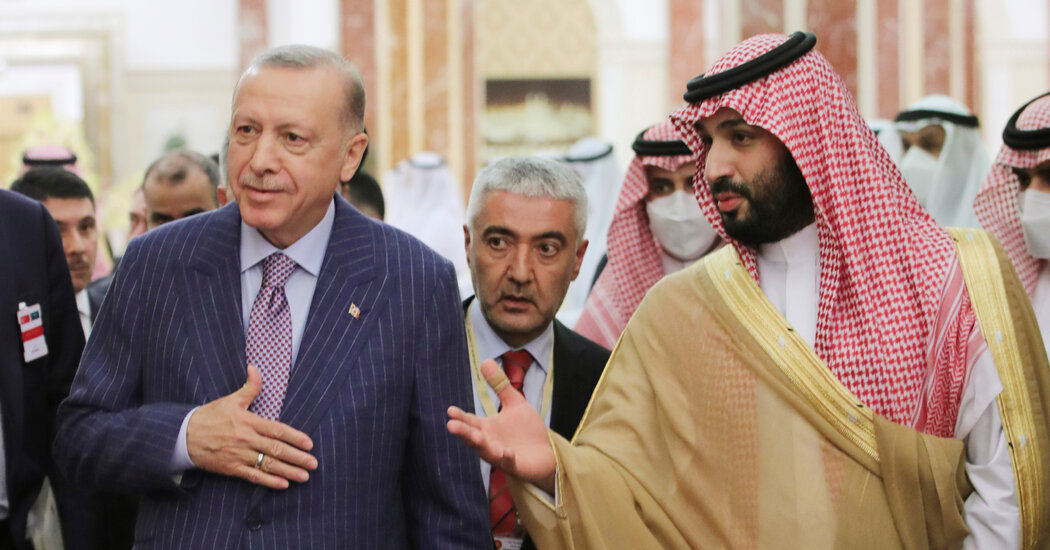 Prince Mohammed’s visit, the first in years, is aimed at fully normalising ties that were ruptured after the murder of Saudi journalist Jamal Khashoggi.

Mr Erdogan once indirectly accused the prince of ordering Saudi agents to kill Khashoggi. He denied any involvement.

The visit comes as Turkey seeks trade, investment and assistance to help it deal with a worsening economic crisis.

It has also worked to improve relations with the United Arab Emirates, Egypt and Israel after years of tensions.

He also visited Jordan and Egypt this week as part of a Middle East tour and next month will meet US President Joe Biden, who promised in 2019 to make Saudi Arabia “the pariah that they are” over Khashoggi’s murder.

Khashoggi, a US-based Washington Post columnist and prominent critic of Prince Mohammed, was last seen entering the Istanbul consulate on 2 October 2018, where he had gone to get papers needed to marry his Turkish fiancée, Hatice Cengiz.

A UN investigator concluded that he was “brutally slain” by a 15-strong team of Saudi agents sent from Riyadh and that his body was dismembered.

The investigator made that judgement after listening to purported audio recordings of conversations inside the consulate made by Turkish intelligence.

While Mr Erdogan did not directly accuse Prince Mohammed, he claimed he knew the order to kill Khashoggi “came from the highest levels of the Saudi government”.

US intelligence agencies concluded that the crown prince had approved an operation to capture or kill Khashoggi.

Saudi prosecutors blamed “rogue” agents and said the prince had no knowledge of the operation.

A year after the killing, a Saudi court found five unnamed people guilty of directly participating in the killing and handed them death sentences that were later commuted to 20-year prison terms, while three others were jailed for seven to 10 years for covering up the crime.

President Erdogan said last week that his talks in Ankara with Prince Mohammed – who is Saudi Arabia’s de facto leader – would focus on advancing relations between the regional powers to a “much higher level”.

A senior Turkish official told reporters that the visit was expected to bring “a full normalisation and a restoration of the pre-crisis period”, with the two leaders signing agreements on energy, economy and security.

Ms Cengiz condemned the decision to welcome Prince Mohammed to Turkey and vowed to continue her fight for justice.

“The political legitimacy he earns through the visits he makes to a different country every day doesn’t change the fact that he is a murderer,” she tweeted.

In April, Mr Erdogan flew to Saudi Arabia and publicly embraced the prince, as their countries began what he called a “new period of cooperation”.

That visit came three weeks after a court in Istanbul stopped the trial in absentia of 26 Saudi nationals, including two of the crown prince’s aides, accused of the Khashoggi murder.

The judge said the case would be handed over to judicial authorities in Saudi Arabia, which had refused to extradite the suspects.

The move was denounced as a whitewash by human rights activists.