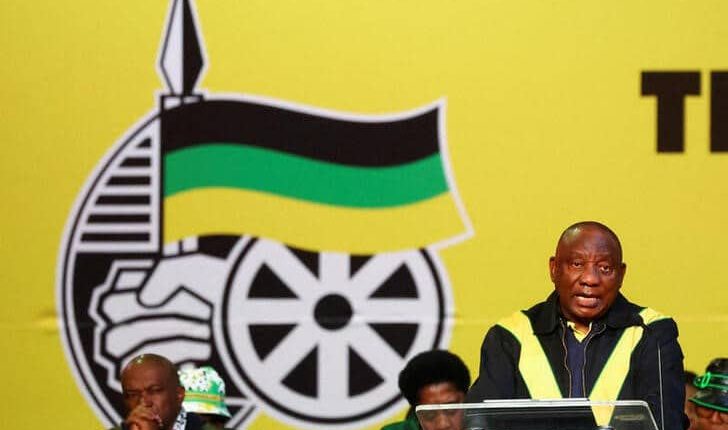 South Africa’s President Cyril Ramaphosa appears to be firmly ahead in the race to head the ruling African National Congress (ANC) for the next five years.

The outcome of nominations for the ANC’s top six positions announced, has seen Ramaphosa garnering more than double his nearest rival for the top job.

In his bid for a second term as party president, he will face off against Zweli Mkhize, a former health minister who resigned during Covid-19 amid graft allegations.

Outgoing ANC treasurer general, Paul Mashtile, leads the deputy president race, which will pit him against two other contestants.

With the nominations finalised, members will vote on the top six posts during the party’s 55th National Elective Conference in December.

Party branch nominations are indicative of the final outcome, as the votes will be cast in person by branch representatives on the first day of the conference.

The new ANC president will be South Africa’s head of state, should the party win the 2024 national elections.

“I’ll transform Nigeria into a productive country,” Obi tells CAN