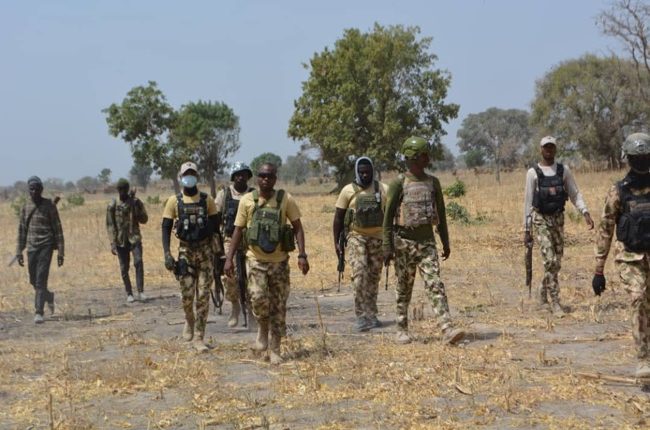 The State Commissioner for Internal Security and Home Affairs, Samuel Aruwan, disclosed this in a statement on Sunday.

He said the troops pursued the fleeing bandits and in the process killed two of them, while credible human intelligence sources revealed that two others died from gunshot wounds.

According to the Commissioner, two of the four neutralized bandits have been identified as Dogo Mallam and Bello Mallam.

The troops also recovered one AK47 rifle, one magazine with 22 rounds of ammunition and one motorcycle.