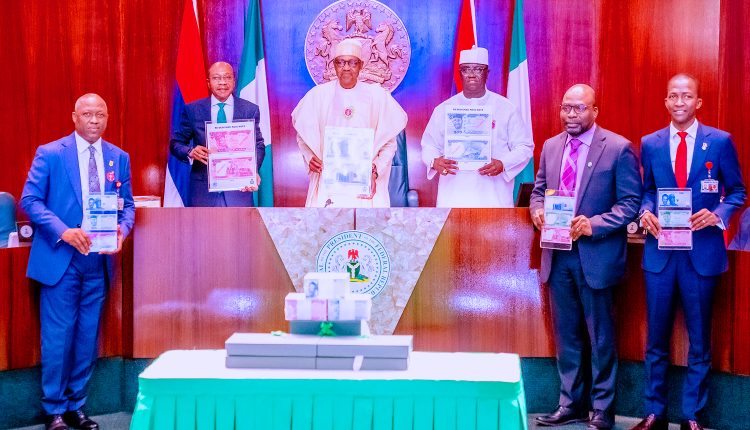 President Muhammadu Buhari says the decision to redesign the high denomination of Nigeria’s Naira notes is aimed at addressing the urgent need to take full control of the currency in circulation.

He made the declaration on Wednesday, at the presidential villa, Abuja, venue of the public presentation of the notes.

The President expressed delight that the redesigned currencies are locally produced by the Nigerian Security Printing and Minting (NSPM) PLC. 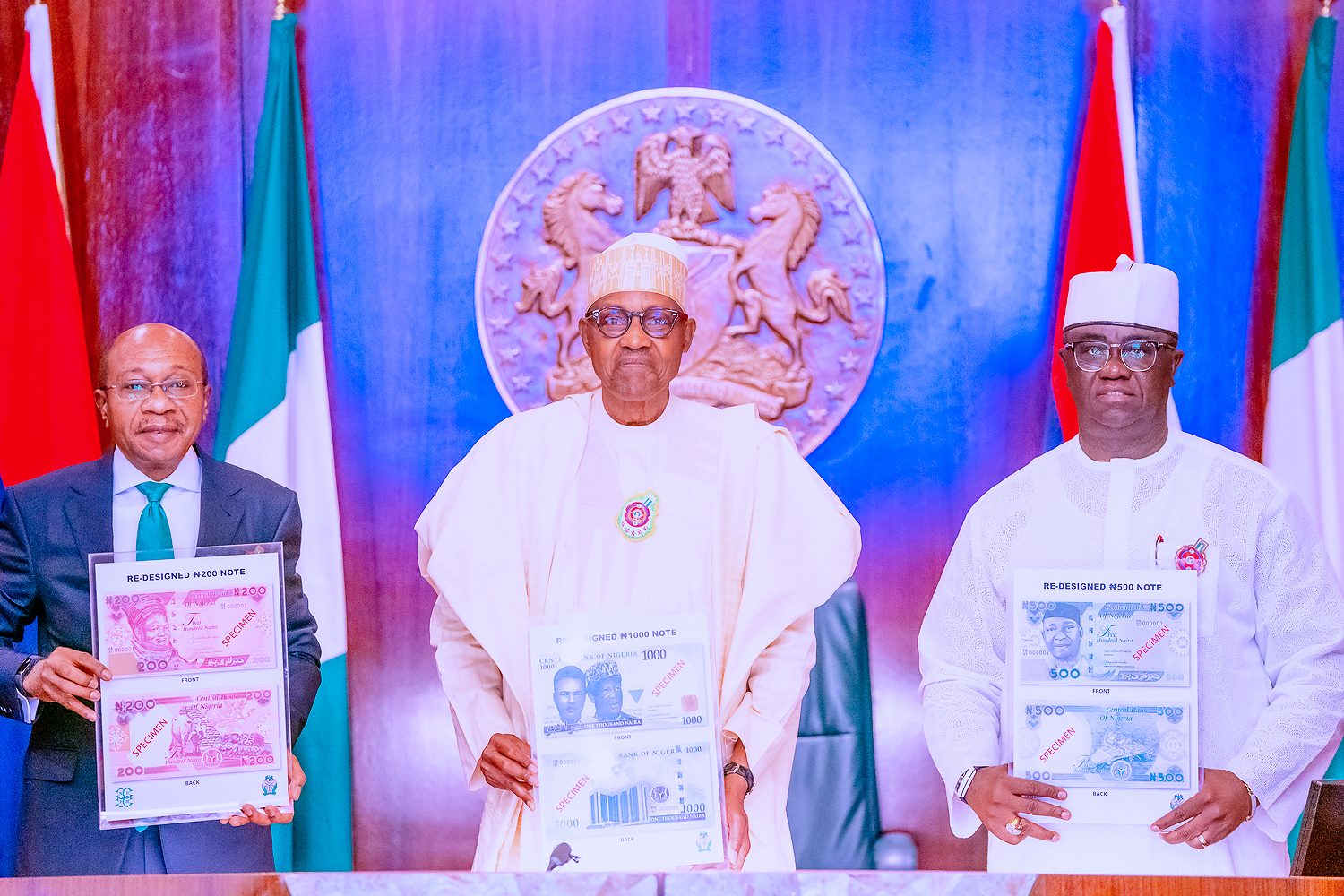 Speaking at the launch of the new banknotes, which preceded the Federal Executive Council (FEC) meeting, the President explained in detail the basis for his approval to the Central Bank of Nigeria (CBN) to redesign the ₦‎200, ₦‎500 and ₦‎1000 banknotes.

According to the President, ‘‘the new Naira banknotes have been fortified with security features that make them difficult to counterfeit.’’

He also added that the new banknotes would help the Central Bank design and implement better monetary policy objectives as well as enrich the collective memory of Nigeria’s heritage.

President Buhari commended the CBN Governor, Godwin Emefiele and his Deputies for the initiative, while also thanking the Managing Director, Executive Directors and Staff of the Nigerian Security Printing and Minting PLC “for working tirelessly with the apex bank to make the currency redesign a reality, and for printing the new Naira notes within a comparatively short time.” 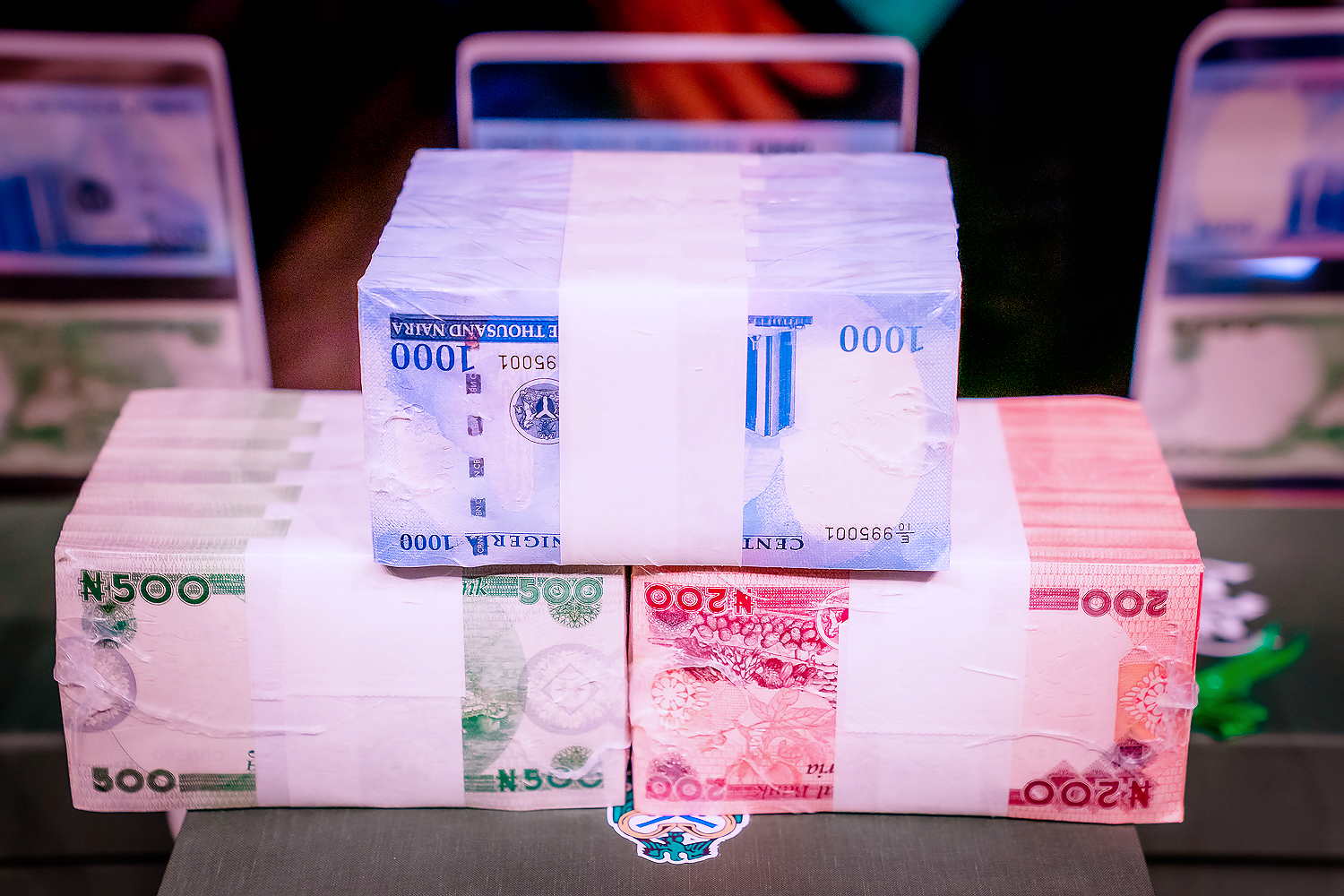 Acknowledging that international best practice requires central banks and national authorities to issue new or redesigned currency notes every 5 to 8 years, the President noted that it is now almost 20 years since the last major redesign of the country’s local currency was done.

‘‘This implies that the Naira is long overdue to wear a new look. A cycle of banknote redesign is generally aimed at achieving specific objectives, including but not limited to: improving security of banknotes, mitigating counterfeiting, preserving the collective national heritage, controlling currency in circulation, and reducing the overall cost of currency management.

The Nigerian leader said in the whole of Africa, only four countries print their currencies locally.

‘‘That is why it is with immense pride that I announce to you that these redesigned currencies are locally produced right here in Nigeria by our Security Printing and Minting PLC,’’ he said.

In his remarks, the Governor of CBN, Godwin Emefiele, thanked the President for his unwavering support for the redesign and distribution of the new notes, which he said will control inflation, make policies more effective, ensure financial inclusion and fight corruption.

The CBN Governor also noted that by international best practice, the redesign of notes should be every five to eight years and the currency in circulation had been in usage for 19 years, with spiraling challenges on the economy, especially on security and counterfeiting.

Emefiele also appreciated President Buhari for his insistence that the initial notes must be designed and produced within the country, further placing confidence in Nigerian Security Printing and Minting.

“Mr. President, only a President of your esteem and incorruptible stature could have done what we are witnessing today,’’ he added.

The CBN Governor listed the benefits of the redesigned naira notes to include enhanced security, greater durability, attractiveness and promotion of rich cultural heritage.