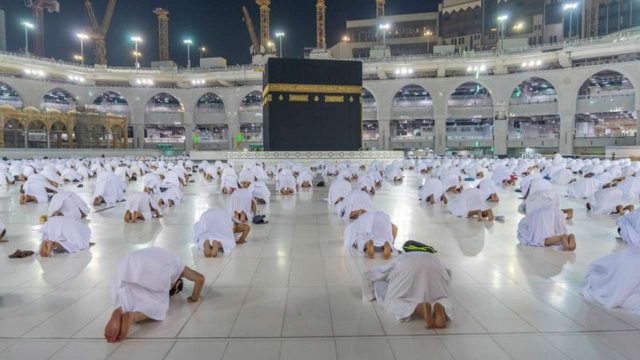 Authority of the Kwara State Muslims’ Pilgrims Welfare Board has reassured Kwarans of the Board’s commitment towards the 2022 Hajj Pilgrimage.

The Executive Secretary of the Board, Barrister AbdulGaniyu Ahmed stated this on Tuesday in Ilorin.

According to him, “1600 people paid for Hajj in 2020 but could not embark due to the covid-19 outbreak and the National Hajj Commission of Nigeria (NAHCON) only gave Kwara State a slot of 1406 for this year’s Hajj.”

He further stated that as a result of the increase in the cost of embarking on the journey, the amount has increased from N1.5 million to N2.3 million.

Abdulganiyu urged members of the public who have paid the initial amount to balance it up for the commencement of the next line of action.

The Secretary reiterated that the portal for the payment has closed on May 7 and all who could not make up with the payment may have to wait till next year.

He disclosed that the Board does not have any new intake for this year’s Hajj due to the previous batch that is still on ground.

The Secretary also disclosed that the opening prayer for this year’s Hajj will be held in the premises of the Board on Thursday, this week.

Russia does not want war in Europe, says Lavrov