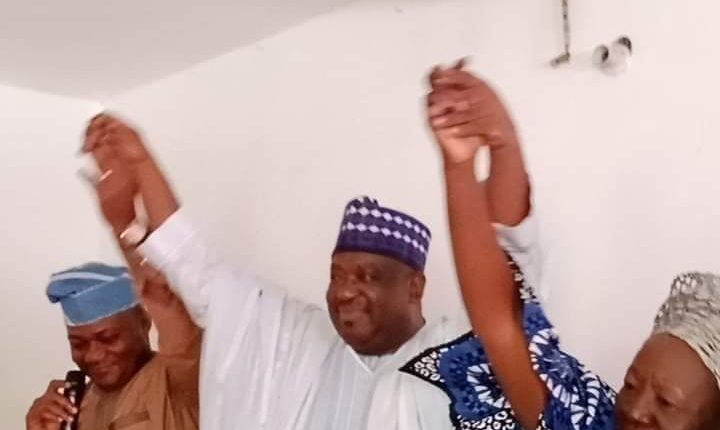 The Gubernatorial candidate of the People’s Democratic Party, PDP in Plateau state, Barr. Caleb Mutfwang has picked Mrs. Josephine Piyo as his running mate ahead of the 2023 general elections.

Piyo who was unveiled at a brief ceremony held at the State PDP office in Jos the State Capital is a grassroots politician and a former Chairperson of Riyom local government area of the State as well as a former lawmaker in the State House of Assembly.

Barr. Mutfwang said the choice of Piyo is about giving a voice to the voiceless.

“Today is a day of history. I must begin to demonstrate my capacity for leadership by taking a very tough decision on the choice of a Deputy Governorship candidate for our great party.

Fortunately for me, I have an array of qualified men and women to choose from. Ironically it is a difficult one since it can only be one person! In making this decision, I have made far-reaching consultations with leaders of our Party, Stakeholders, and various caucuses before choosing my Running Mate to enhance the joint ticket going into the general elections.

Some of you will recall that in the course of my campaigns before the party primaries, I committed to giving a voice to the voiceless. I make bold to say that a critical segment of our society that is often neglected in leadership considerations is the women folk and yet they form a formidable percentage of our population. For me giving them a voice is a compelling necessity. I, therefore, have the honour and privilege of introducing to our party members and Plateau people a respected Plateau woman, mother, grandmother, daughter of Barkin Ladi, and wife of the people of Riyom.” He said

Mutfwang described Mrs. Piyo as a grassroots and cosmopolitan politician, a loyal party woman, who brings along with her a wealth of experience, having served the State dutifully and diligently as a Nurse, Teacher before venturing into politics when she got elected into the Plateau State House of Assembly in 1999.

He appealed to every true party man and woman of good conscience to join hands in the great task of winning the 2023 elections to enable the party bring succour to the good people of Plateau State.

The Deputy Governorship candidate, Mrs. Piyo, described Mutfwang as man of honour who is gender sensitive in his determination to the rebuilding of Plateau State.

She pledged her unreserved loyalty to Mutfwang and the party, and said together, they will rebuild and take Plateau to an enviable height where every citizen would be secured.

The chairman of the party, Hon Chris Hassan, gave the assurance that the party would form a robust and all inclusive campaign team that will bring back PDP to power in 2023.