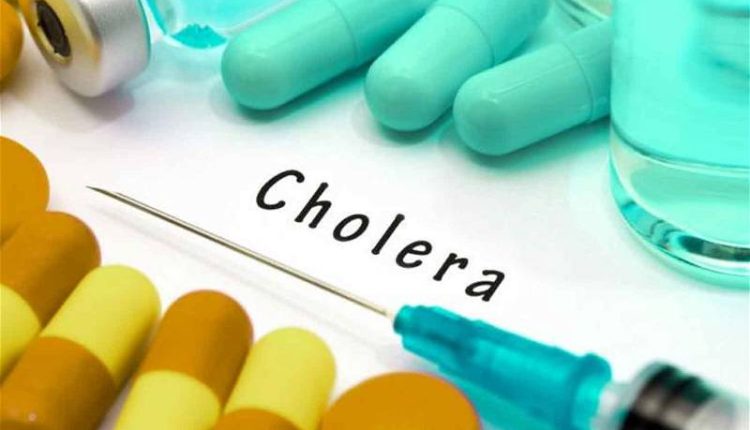 The Gombe State Ministry of Health has announced another Cholera outbreak in five Local Government Areas, which has claimed 10 lives.

Addressing journalists in Gombe,  the Commissioner of Health, Dr. Habu Dahiru, through the Executive Secretary, Gombe State Primary Healthcare Development Agency, Dr. Abdulrahman Shu’aibu, said because of the increasing downpour of rainfall, resulting in flooding in many parts of the State, there was an increase in cases of cholera outbreaks in 8 wards across Balanga, Yamaltu-Deba, Nąfada, Funakaye, and Gombe LGAs.

Dr. Shu’aibu said the State Ministry of Health had promptly initiated Public Health Actions for the prevention and control of the cholera outbreak, with cases increased to 236 by September 20, 2022.

Consequent to that, Dr. Shu’aibu said ”the Commissioner for Health had activated an Incident Management System for the control of cholera at the PHEOOC, and established 13 Cholera treatments across the five LGAs, for management of the cases free of charge.”

“The Commissioner of Health has directed house-to-house sensitisation and distribution of water treatment tablets in all affected communities, decontamination of affected wells and boreholes in our communities, and an active surveillance presently going on across all LGAs,” Dr. Shu’aibu said.

He said; ”Cholera was characterized by severe diarrhea and vomiting and can be rapidly fatal if prompt and urgent actions were not taken toward management of cases and effective infection prevention control.”

Dr. Shu’aibu said Cholera was easily spread in the community, or control measures were sub-optimal.

He said; ”Governor Muhammadu Yahaya had ensured that all the needed resources for free management of cases at the treatment centres and containment of the outbreak had been provided.”

The Executive Secretary of the Gombe State Primary Healthcare Development Agency reminded the general public that cholera could be prevented by the use of clean water, consumption of hygienically prepared meals, particularly uncooked food, while personal hygiene and environmental sanitation were also proven preventive measures.

In 2021, there was an outbreak of Cholera in Gombe State and across 33 other States of the Federation and from June to December of that period, there was three outbreaks of Cholera, where a total of 2373 cases were recorded.

The Commissioner said this year, from June 30th, 2022 Gombe State witnessed sporadic cases of Cholera in Balanga LGA and because of the preparedness and prompt response, it was largely subdued without escalation.

Kwara state govt disburses N600m worth of grants to traders