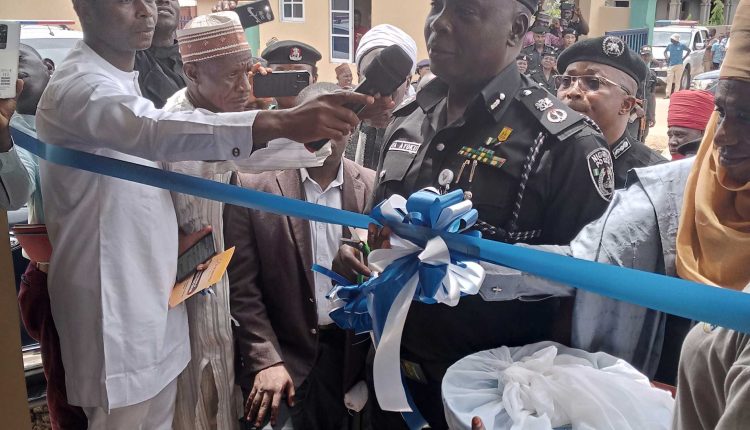 The Governor who was represented by the Commissioner for Business Innovation, Prof. Kabir Mato disclosed that the company over the years has continued to reinvest it’s profit back to the society through Cooperate Social Responsibility, instead of sharing the entire profit among shareholders.

The Commissioner called on other businesses in Kaduna to emulate the character of Nigerian Breweries Plc, especially in the area of Corporate Social Responsibility.

The Commissioner of Police, Kaduna state Command, Yekini Ayoku said the Nigerian Breweries has replaced the apartment rented as police station since 1997 with a beautiful edifice to improve on security in the community.

He however warned that the Nigerian police will not tolerate any form of attack on the facility or its personnel, assuring that the station will be equiped with all the necessary gadgets.

He said as a business, they have enjoyed good relationship with the people of Kaduna state for the past 59 years and have recently been awarded best tax payee organization.

“In our effort to support the Kaduna State government, we introduced Maltina school games, Ramadan recitation quiz and Maltina Teacher’s Award among others.“

Also speaking, the production Manager Kudenda, Mr. Olusoji Onigbinde said, the Nigerian Breweries has lasted this long following the support it receives from its host communities.

“This is why we will not relent in giving our support, particularly the Kaduna state government and it’s agencies when the need arises.

“Part of our corporate service responsibility in Kaduna State include, supporting the government by donating the sum of 20 million naira cash as COVID 19 intervention fund, donation of an accident and emergency unit at Gwamna Awan hospital, Kakuri and a VVF ward at Gambo Sawaba Hospital, Zaria among others.“