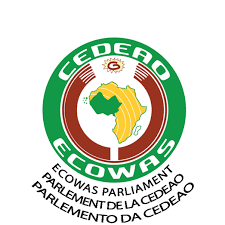 A Peace Ambassador and Spokesman for Superior Council of Imams of Ivory Coast, Imam Cisse Djiguiba has urged the Economic Community of West African States, ECOWAS member states to set up an interfaith regional peace organisation to help in addressing religious extremism and conflicts in the region.

Iman Djiguiba who made the call in Praia Cape Verde at the ongoing delocalised meeting of the joint Committee of Education, Science and Culture/ Committee on Health/Committee on Telecommunications and Information Technology, with the theme, “Religious tolerance and harmony: Essential factors for development, peace and stability in the ECOWAS region”, blamed religious crisis and intolerance in the West African sub-region on clerics who take religion as business.

He said that the proliferation of religious leaders has helped produce bad eggs who are propagating wrong messages and thereby causing frictions among the citizens.

The cleric said that there is the need for ECOWAS to train religious leaders on their responsibility to promote peace and harmony in the sub-region.

“Because some think that religion is a profession while being an Imam is justification. We know that there are schools to train priests and Imams, and so religion should not be business.

“People who take religion as business are at the root of all the crisis that we’re facing in our sub-region and so we should train Imams and priests using the media in order to sensitise our people against religious extremism in places of worship.”

The cleric also cited how his country has been able to overcome crises that ordinarily would have snowballed into religious crises.

He noted that with the help of the interfaith group, lots of walls have been broken and the people are getting to understand each other.

According to him, “The difference between Islam and christainity is about 10% so, we have to religiously work on the remaining 90% values. So, if we 90% of our values need to attribute to discuss the 90% and then the remaining 10%. We’re going to operate on dialogue and understanding.”

He noted that his country experimented a system that is working perfectly.
“As such, we have created a system we experimented with. I invite a priest to my radio to talk about peace with us so that people in Cote d’Ivoire would listen to us. And since our radio stations reach even here, this country and so we use a lot of mediums to promote understanding and brotherhood in order to combat conflict and crisis. In 1994. We establish a forum, an interfaith forum to break down the walls of mistrust to break down the walls of mistrust amongst the faithful of various religions. As such, we have platform meetings to propagate messages of peace and tolerance.

He further stressed that “In the quest for this social stability, religion teaches values whose applications are sources for peace and among these values are respect for human rights,just as our laws are in support of human rights. Religion teaches and expects respect for human rights, the right to life, right to properties and all types of laws. Like I said, the right to life, rights to property, right to nationality, right to ethnic origin, right to language, right to religion through collusion is in all situations applied to values that unite all the laws. Religion also captured the Universal Declaration of Human Rights.

“And going by the virtues that I spoke about, there is the need for specific measures in our religious practices and then to establish conflict resolution mechanisms among the people.

“The contribution of religious tolerance and religious harmony are key to stability, peace and development in West Africa.

“In the face of security, economic and social threats, tolerance and harmony are essential factors for stability, and development in the sub-region and that is why religious leaders have the duty to teach their followers the love for the neighbour and the mutual acceptance of one another.

“I would like to conclude with this, our sub-region needs peace and stability. It is important for us religious leaders to get involved in preaching love, a peaceful coexistence amongst people and nations. And that is why the permanent role of religious leaders is to increasingly create paths for inter-religious peace dialogue and an inter and intra religious dialogue, because within religious communities there are conflicts. But it is only through the instrumentality of dialogue that we all realise that all these conflicts are useless. No conflict is useful. And so all extremism whether they are religious, or tribal or whatever, are all abhor able and condemnable because war does not create any development, it only creates desolation and poverty”.