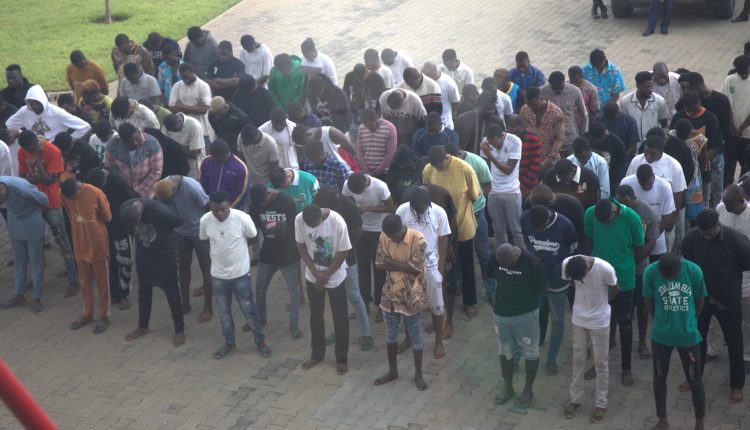 A press statement by the head of Media of the agency Mr Wilson Uwujaren said, the suspects were arrested in separate sting operations at popular hotels, Lakers Lounge hotel and Bar and De Butlers, in Ikorodu, following credible intelligence on their involvement in internet-related fraud.

However, “four of the suspects were released as no incriminating item was found on them.”

The suspects will be charged to court as soon as the investigations are concluded. The statement said.