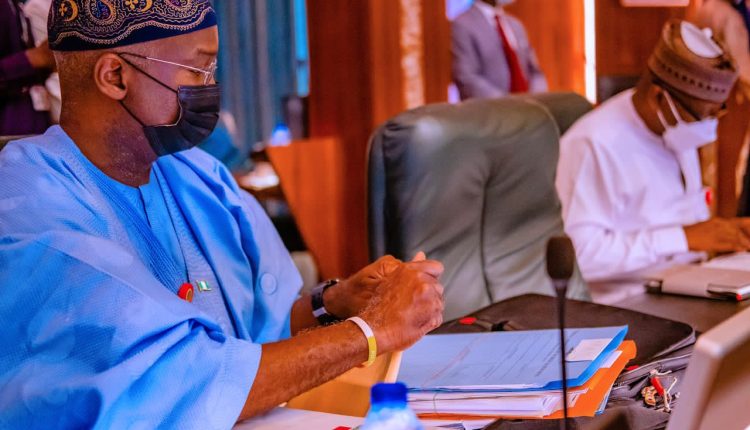 He said: “The Minister of Works and Housing, Babatunde Fashola presented two memos, which were both approved. The first one was for the revised estimated total cost of the award of contract for the rehabilitation of the Yola-Hong-Mubi road in Adamawa State for the sum of N29, 826, 708, 000, with an additional period of 24 months for completion. It will be financed by the Sukuk bond.”

He said the second memo approved for the Ministry of Works was that of a refund to the Yobe State government, for some road projects it executed on behalf of the federal government.

“The second was his memo seeking council’s approval for the reimbursement of refunds of certified and recommended by a special inter-ministerial committee set up by the federal government to verify such claims made by the Yobe State government.

“The State government undertook construction of some road and bridges which were supposed to be federal government projects and they actually asked the federal government to reimburse them upon which the committee verified their claim of N20 billion and approved the sum of N18,663,843, 109 as reimbursement due to Yobe State for five federal roads which they rehabilitated,” Mohammed added.